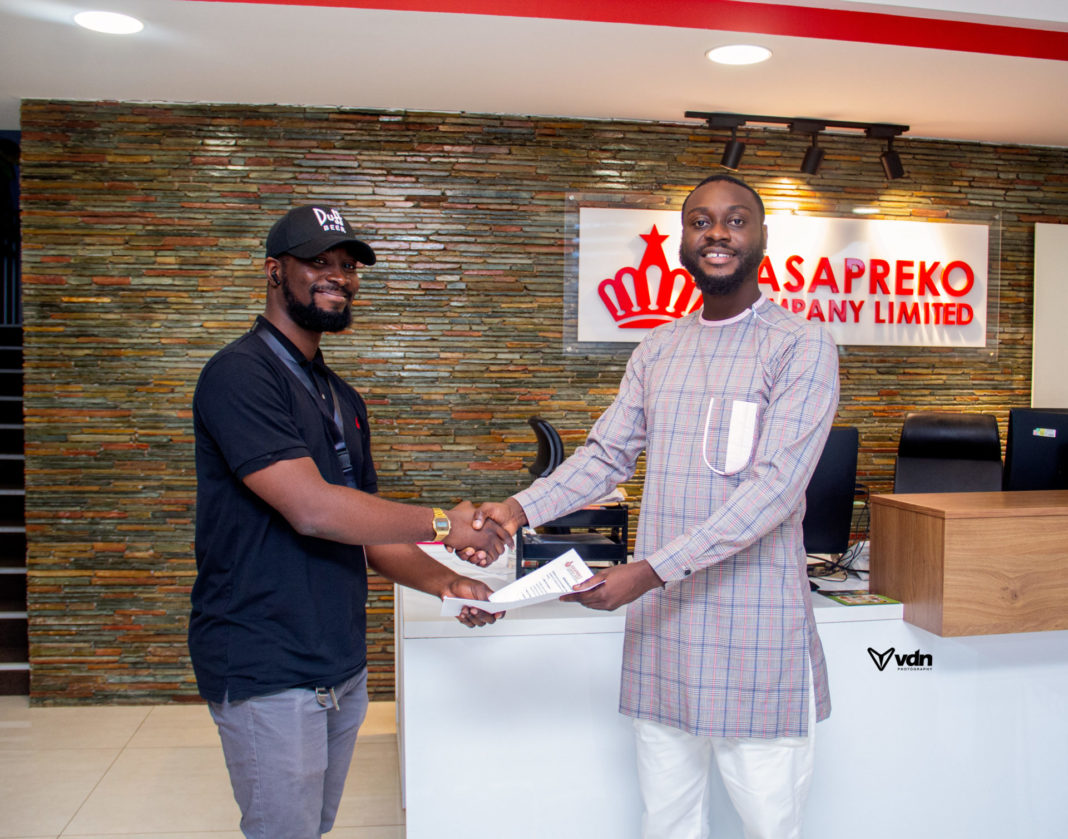 On August 25th 2022, Kasapreko Company Limited put pen to paper with the Digital Marketer Gorbachev Awuah popularly known as Rems, who is also an Entertainment pundit and a Marketing Strategist for the purpose of promoting the Kasapreko Brand.

He recently released a content called “Brand With Me” which is focused on guiding and teaching people on how build a brand, alongside his Entertainment Review show in which he does intricate analysis on Entertainment News.

Sources close to Gorbachev Awuah claim there is more to the deal but were not clear what is really stated in the contract. It is believed that Kasapreko Company Limited pushed hard to get the Marketing Strategist on board after noticing his rising influence in the Entertainment industry and according to sources, this is going to be a long term relationship.

Congratulations to Gorbachev Awuah and his team, Visual Display Network, for the good work they constantly put out and the positive influence it is having on our Entertainment Landscape.

Share
Facebook
Twitter
Pinterest
WhatsApp
Previous article“You Should Respect Us” – Tinny Tells Andy Dosty After He Condemned His Verbal Attack On Stonebwoy And Mercury Quaye
Next articleTinny To Drop ‘2000’ Diss Song Amid His Issue With Stonebwoy, Mercury Quaye And Others
- Advertisement -