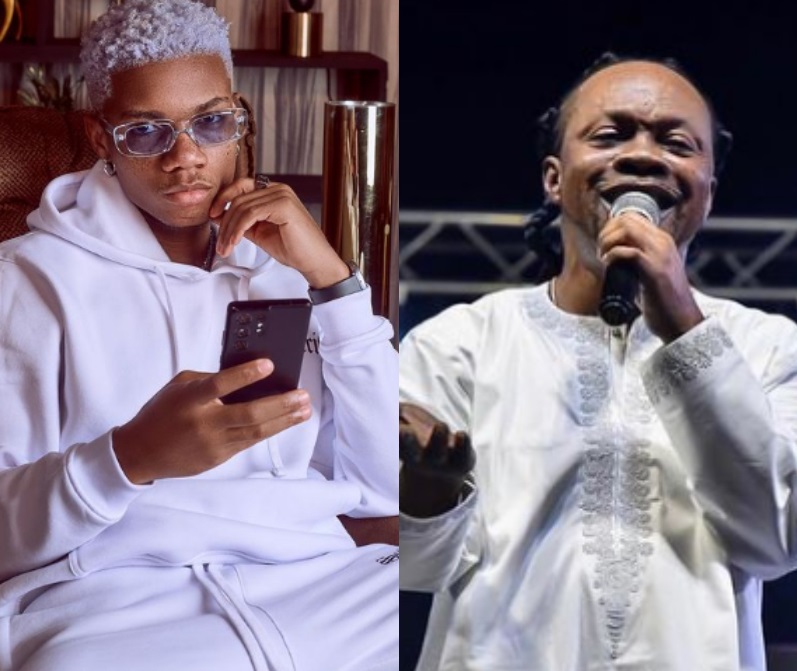 The 2022 Vodafone Ghana Music Awards Artist of the Year winner, KiDi says he wants to badly feature Daddy Lumba on one of his songs.

According to him, he has told members of his team that a particular song he has currently recorded will never be released until Daddy Lumba agrees to feature on it.

“I have a song that I’ve told my team that this song will never come out until I have Daddy Lumba on it,” he said.

KiDi added that Daddy Lumba happens to be his father’s all-time favorite musician so he will feel so honored and humbled if her agrees to feature on this particular song he has recorded specifically for him before he made the humble plea.

The Lynx Entertainment signed artist in his plea said: “Daddy, with all due respect, I want to have you on that song.”

READ ALSO: I Am Not Afraid Of Afia Schwarzenegger, I’ll Deal With Anyone Who Messes With Delay Again – Ellen Asante Korkor Warns

When asked if his team has approached Daddy Lumba, KiDi responded, “I was supposed to meet him at a show at the National Theatre, but I left earlier. I don’t want our conversation to be on the phone. I want to meet him in person and tell him, ‘ Daddy, I want you on a song’. I want to meet the greatest musician.”

Quotes in this article were culled from 3news.com