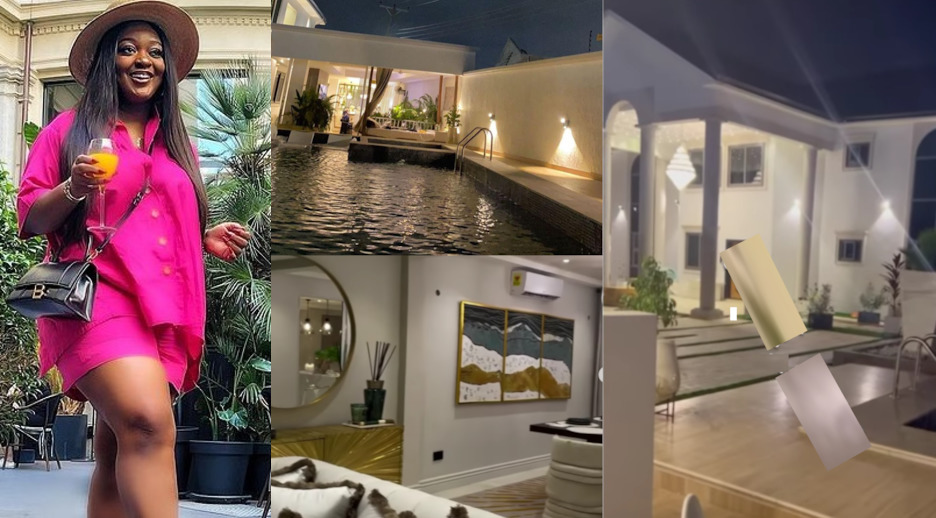 Ghanaian actor and C.E.O of Ghana Movie Awards, Fred Nuamah, has revealed in a recent interview other very viable sources of income for his colleague, Jackie Appiah amid the brouhaha over her mansion.

The respected actress became a big topic for discussion on social media after her huge mansion with an exquisite interior design surfaced online after Nigerian actress, Luchy Donalds filmed it.

Many netizens passed demeaning comments and questioned how Jackie Appiah could have built such a mansion with only the money she gets from acting.

In the wake of all the backlash and questioning, Fred Nuamah, in a recent interview, disclosed that Jackie Appiah is also into real estate.

READ ALSO: VIDEO: My ‘Living The Hiplife’ Documentary Is Better Than The Nigerian ‘Afrobeats; The Backstory’ – Reggie Rockstone Fumes

According to him, Jackie started out early, investing in real estate while living in her mother’s house.

“Jackie Appiah has been blessed by God. When we were out renting apartments in Cantoments, Jackie never did so. She will not be happy with me sharing this but she has six or seven apartments across Cantonments, East Legon and Labone which she rents out to people. She stayed in her mom’s house throughout, so what do you think she was using her money for?” Mr Nuamah revealed in an interview on Okay FM with Abeiku Santana.

Fred Nuamah also revealed that although Jackie Appiah made a lot of money from acting and brand ambassadorial deals, her real income came from her real estate business.

“Yes, she’s made money from movies and advertising, but most of her monies came from renting out her apartments. She’s into real estate. While other actresses were renting apartments for 2000 cedis to live in, she was investing in her real estate business,” he further stated.

Why Are Poor People Telling Dr Osei Kwame Despite How He...