VIDEO: I Lived In A Kiosk With My One And Half Year Old Son – Ellen Asante Korkor Sadly Reveals 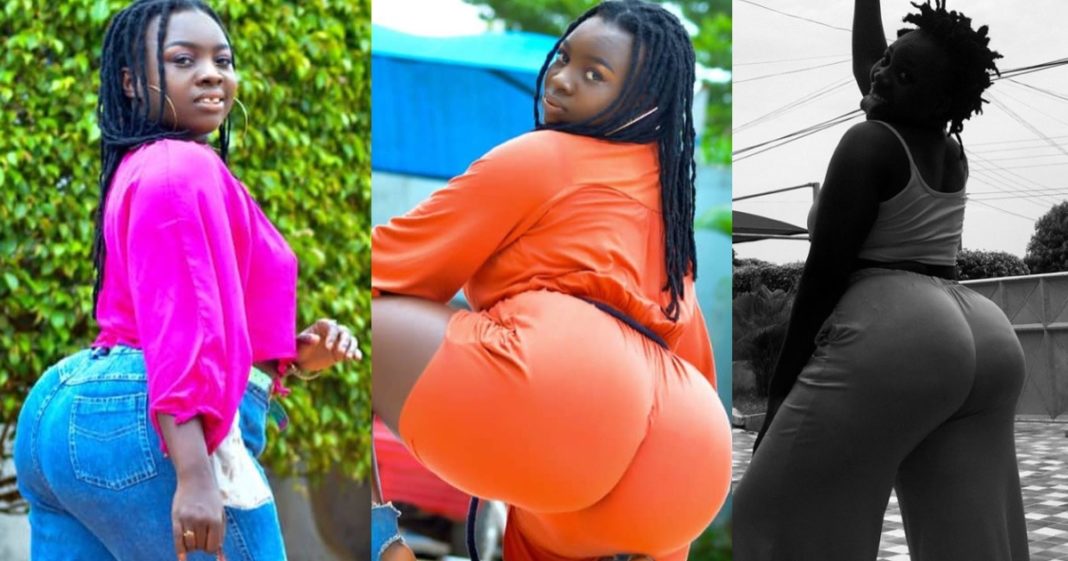 According to her, she gave birth at the unplanned age of seventeen and as such, she decided to leave her hometown and travel to Kumasi with her young son.

The actress who burst into fame following her role as Afia Schwarzenegger in Delay’s TV series added that the conditions she met in Kumasi at the time she got there were not those she envisioned.

Ellen sadly revealed that she was forced to sleep in a kiosk with her son who at the time was just a year and about six months old because there was no decent accommodation for her.

She went further to disclose that the woman she worked with at the time was the one who occasionally took her son home to provide him with a decent place of rest because she argued that the boy was too young to sleep outside with his mom.

Obrafour Chases Ayisha Modi With Writ Of Summons; Sues Her And...