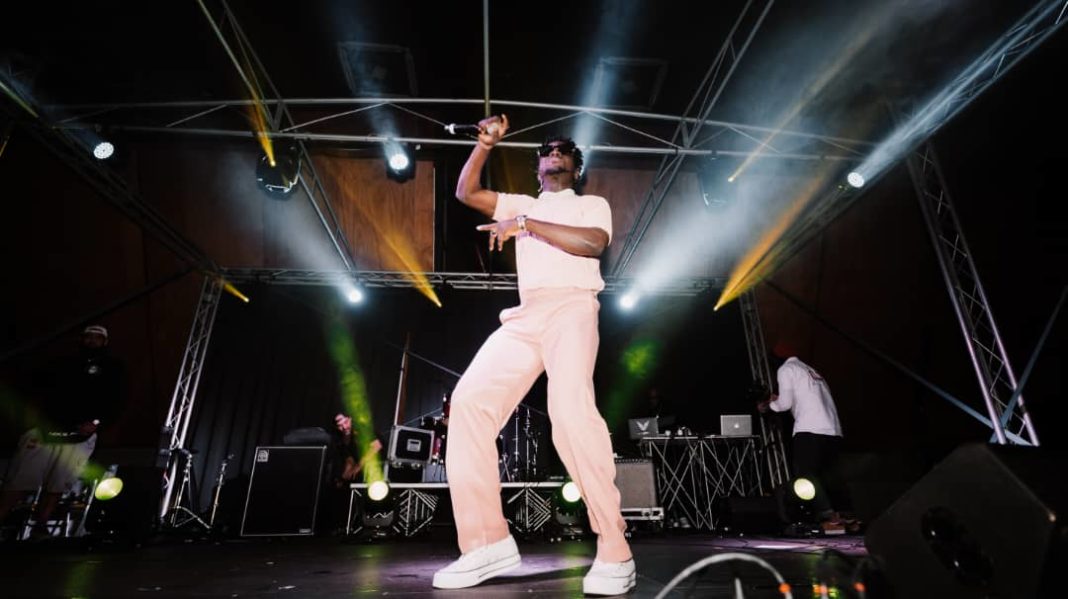 Musician Kuami Eugene brought the city of Auckland to a standstill when he headlined the annual Nesian Festival.

The ‘Son of Africa’ greatly represented Ghana and Africa in New Zealand with his impressive performance on October 22.

Over 3,000 fans thronged the Sir Woolf Fisher Arena Due Drop Events Centre to see the ‘Rockstar’ perform for the first time in Australasia.

Kuami Eugene together with DJ Vyrusky thrilled patrons to hit tunes like ‘Boom Bang Bang’, ‘Angela’, ‘Killing Me Softly’, ‘Dollar On You’, ‘Take Away’ and other bangers.

The reception from the crowd during the singer’s performance was so exhilarating that Kuami Eugene was moved to perform an unreleased song.

The city of Christchurch is the next stop for Kuami Eugene’s Australasia tour.

Share
Facebook
Twitter
Pinterest
WhatsApp
Previous article
Ghana Police Arrest Two TikTokers For Wearing Their Uniform For A Comedy Skit
Next article
Where Is Nana Addo Who Begged Us For Votes? – Samini Reacts To Concerns About Cedi Depreciation
- Advertisement -

Check Out What Happened When Kidi And Nana Romeo Finally Met...