Ghanaian actor, Kwaku Manu has revealed something about Kennedy Osei, the son of Dr Osei Kwame Despite and Fada Dickson.

In a video sighted by zionfelix.net, Kwaku Manu divulged the relationship between Fada Dickson and Kennedy is like a father and son.

He said Fada Dickson even adds money to what Dr Osei Kwame Despite will give to his son when he was going to school.

According to him, Fada Dickson and Kennedy have had a very good relationship for a very long time and the former’s care for Kennedy was superb.

The Kumawood actor described Kennedy as an easy-going person who doesn’t boast of the richness of his father.

Kwaku Manu disclosed Kennedy has worked hard and served his father well so he deserves the honour at his wedding ceremony with his wife Tracy by his father and all the workers of Despite Group of Companies. 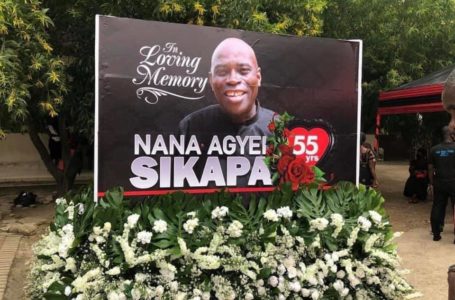