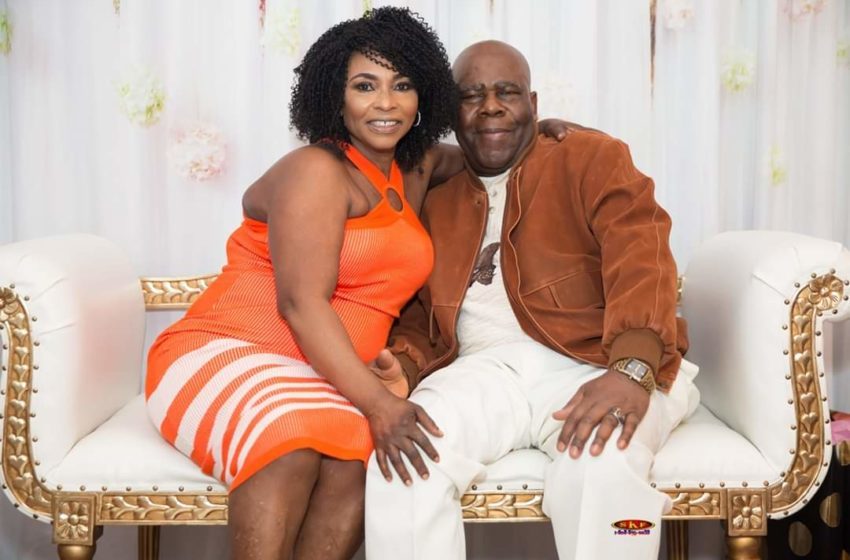 Ghanaian actress, Rose Mensah, well known as Kyeiwaa, has put smiles on the people at her white wedding ceremony being held at the United States of America.

She opted to say her wedding vow in English in a video available to Zionfelix.net. The marriage officiant started in Twi but Kyiwaa chose to speak in English.

The marriage officiant then switched to English as the actress said the vow after him.

The wedding attendants burst into laughter as the cheer her up.

It was an interesting scene. Kyeiwaa’s marriage ceremony with Mr Michael Kissi Asare was postponed following the outbreak of the Coronavirus.

Exchange of vows and kyeiwaa decided to go the English way 😂😂 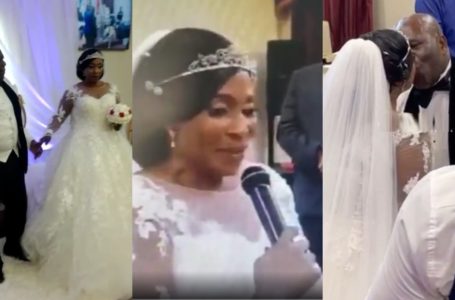 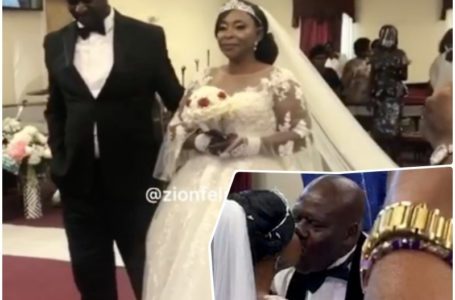 Kyeiwaa Has Not Snatched Anyone’s Husband, Her... 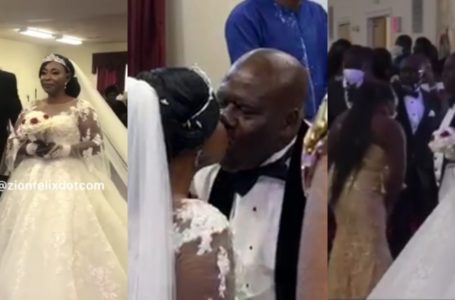 Video Of The First Kiss Between Kyeiwaa...