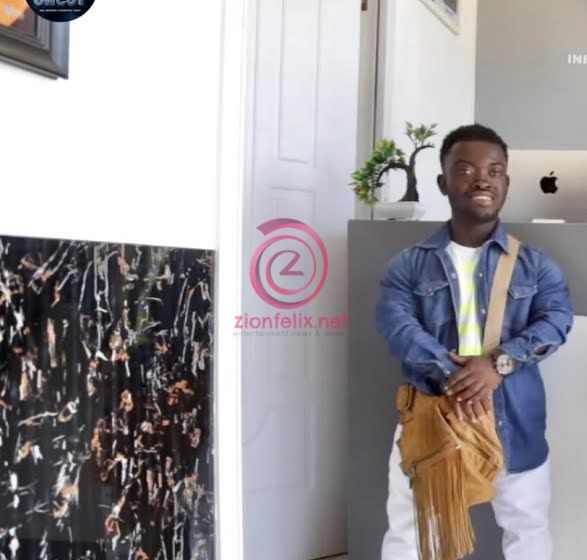 Diminutive Ghanaian actor, Size Two has revealed how he struggled to get a girlfriend when he was not popular.

The ‘PayDay’ series actor told ZionFelix in an interview on the ‘Uncut’ Show that most of the ladies he proposed to rejected him because of his stature.

Sadly, the few ones who agreed were also shy to walk with him.

Size Two stated that he got a breakthrough after he ventured into acting.

He disclosed dating three (3) ladies at a time when was seen on the screens.

The diminutive actor posited he is someone who always wants to see the family of the ladies he is in a relationship with.

According to him, some of the family members of the ladies receive him with joy but it later turns to something different.

From 2018 to date, Size Two said he has not been in any active relationship.

However, he stated that he gets some ladies to bang when he has the edge to have s3x. Interestingly, Size Two disclosed he has never experienced a broken heart before.

He explained that he is the one who always calls for a breakup when he realizes the ladies are planning to quit the relationship.

I Tried A Girl But She Broke...

How My Girlfriend Broke My Heart Beyond...

No Lady Has Ever Broken My Heart...