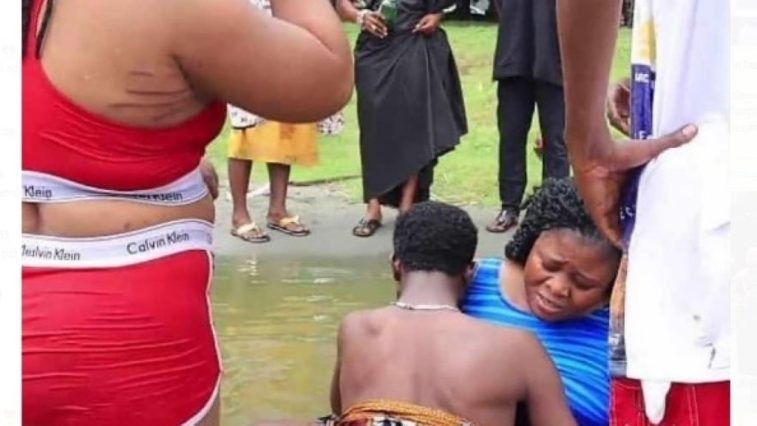 A video of two lovers stuck after a supposed s3x is fast trending online.

These lovers were seen in a video yelling for help after they were stuck.

Zionfelix.net has come across a statement revealing what really happened.

READ ALSO: I Bless The Day You Sent Me That Message On Facebook – Fella Makafui Tells Medikal

The statement was signed by the Presiding Member of Bosomtwe.

According to him, the video was a short version of a rehearsal by some group at the lakeside. 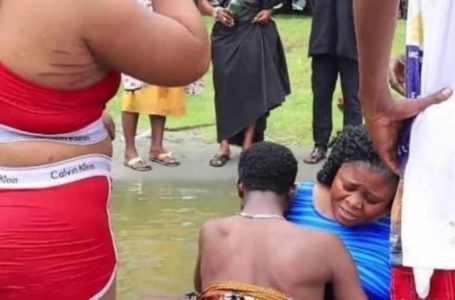 Lovers Stuck After Having A S3xual Bout...