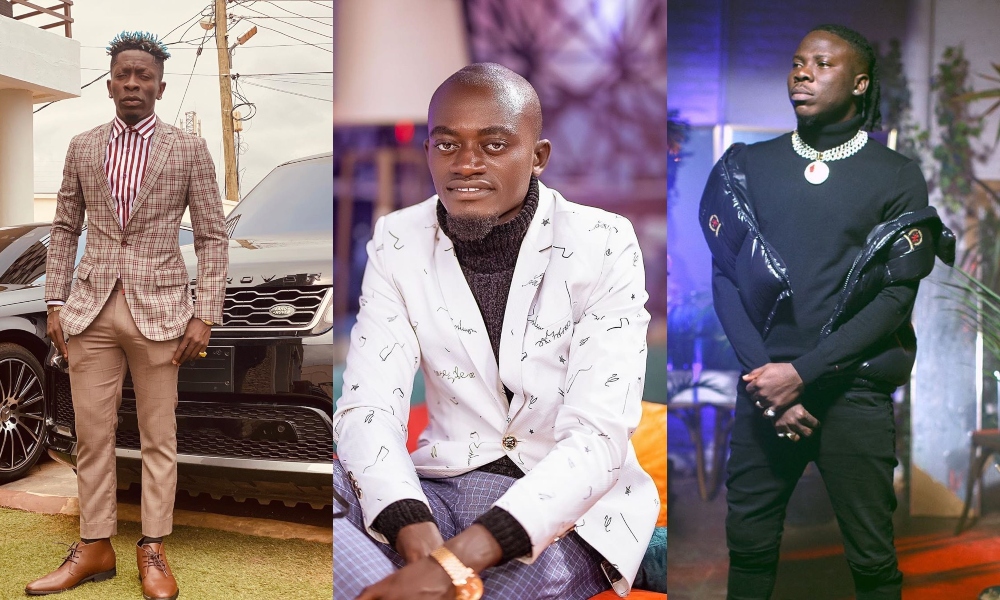 Actor, musician and entrepreneur Kwadwo Nkansah, popularly known as Lil Win, has caused a stir with a list of the top 5 dancehall musicians in the country currently.

While speaking in an interview on Bryt TV and monitored by Zionfelix.net, Lil Win indicated that whn it comes to dancehall in Ghana, he was currently at Number 1 since his songs are currently trending.

READ ALSO: Reggie Rockstone’s Wife Questions Him Over Nude Photos Of Slayqueens She Found On His Phone (Watch How He Defended Himself In Video)

Adding to the list, he mentioned, Shatta Wale, Stonebwoy, Samini and Article Wan – making the list of top 5 in that order.

Article Wan however had no contender to the 5th position.

Lil Win went on to cause even a greater stir when he indicated that other stars like Ras Kuuku and Jupita did not even qualify to make the list of top dancehall artistes in Ghana.

Lil Win added that the list was a rotating one and one would only lose his place should others on the list release albums.

Kwadwo Nkansah was in the news recently when when he clashed with fellow actor and comedian Funny Face on UTV’s Entertainment Showbiz programme.

The two almost engaged in fisticuffs had it not been for the intervention of some of the panelists including a counselor, host Nana Ama McBrown and artiste manager Bulldog.

They were made to quash their beef and settle their differences on live TV as photos and videos showed them hugging before the show came to an end.

Sarkodie And Stonebwoy To Share The Same Stage With America’s Lil...