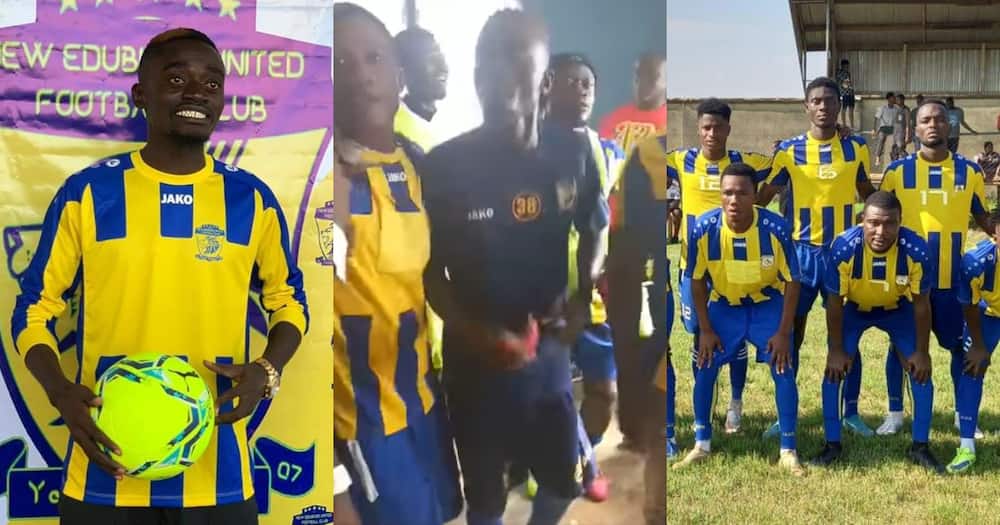 Following his signee over a month ago, he had not made an appearance in any of their official games which made his fans and those who were wondering if he was worth the signee wonder and ask many questions.

Just when a lot of questions about his signee could gain any prominence, Lilwin has been seen in some video rocking the jersey of New Edubiase United Football Club and playing his first official game.

From what zionfelix.net has learned, the game was played over the weekend, and Lilwin performed quite well. In the video which he shared on his page to tell the world about his debut game, Lilwin got the fans cheering him on as soon as he was passed the ball and he equally gave one of his teammates a fantastic pass as well.

Sharing the video, Lilwin bragged a lot with the caption: ‘It was all WOW when the Super Duper Striker, the most highest paid player in Ghana 🇬🇭 Touches the ball in his first ever official match
Herrrr this is just the Beginning ..Mongyena yie !!!!! Edubiase United : ⚽️Y3nkokoaaaaa!!!!🔥🔥🔥😑 ⚽️’

Zack Couldn’t Even Buy Me A Common Egg When I Was...