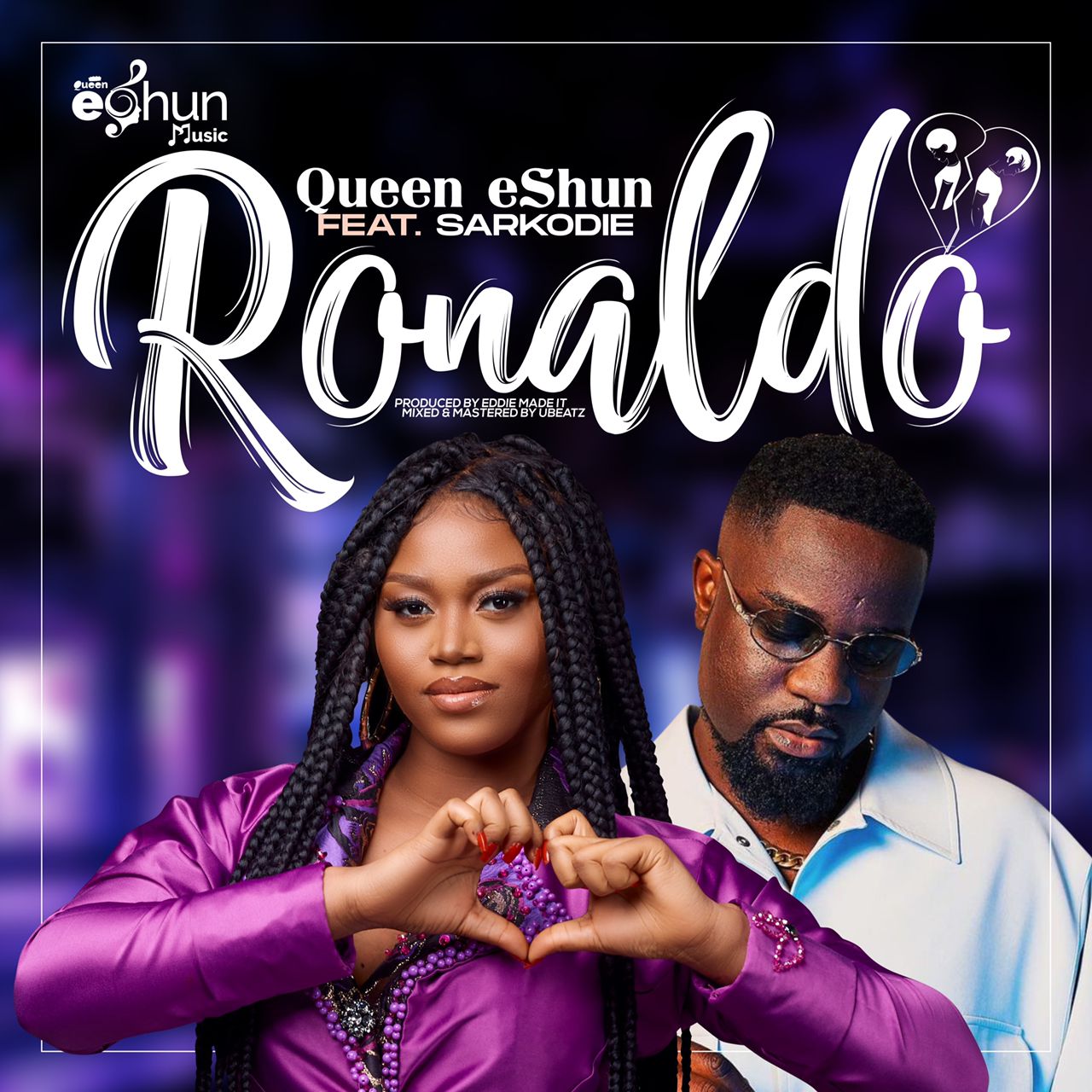 Finally, the time has come for #Ronaldo to be outdoored. Queen eShun hinted the release of this mind blowing collaboration on Nana Ama Mcbrown’s show on Utv and took the opportunity to update her fans the (Royal Megezets) on what she had been up to. The “handcuff” singer stated that she was in school perusing a degree, yet, was working on a song with King Sark being featured, and another featuring Shatta Wale.

After the release of Eh ft dopenation in November 2020, Queen eShun had remained an underdog owing to her quest to attain a degree. But now she’s back with a “BIG BANG” Upon the advent of #Ronaldo Queen eshun had posted three days ago on her Instagram page @Queeneshun1 that #Ronaldo will take over our minds and homes worldwide and indeed after having listened to the song I couldn’t agree any less. I give you #Ronaldo Queen eShun ft Sarkodie.

The song #Ronaldo details how deep in love two people are with each other, the obstacles and adversities they have had to face in their relationship and how eager they are to be in the arms of each other again and score goals as perfect as Ronaldo’s.

Enjoy the sing below