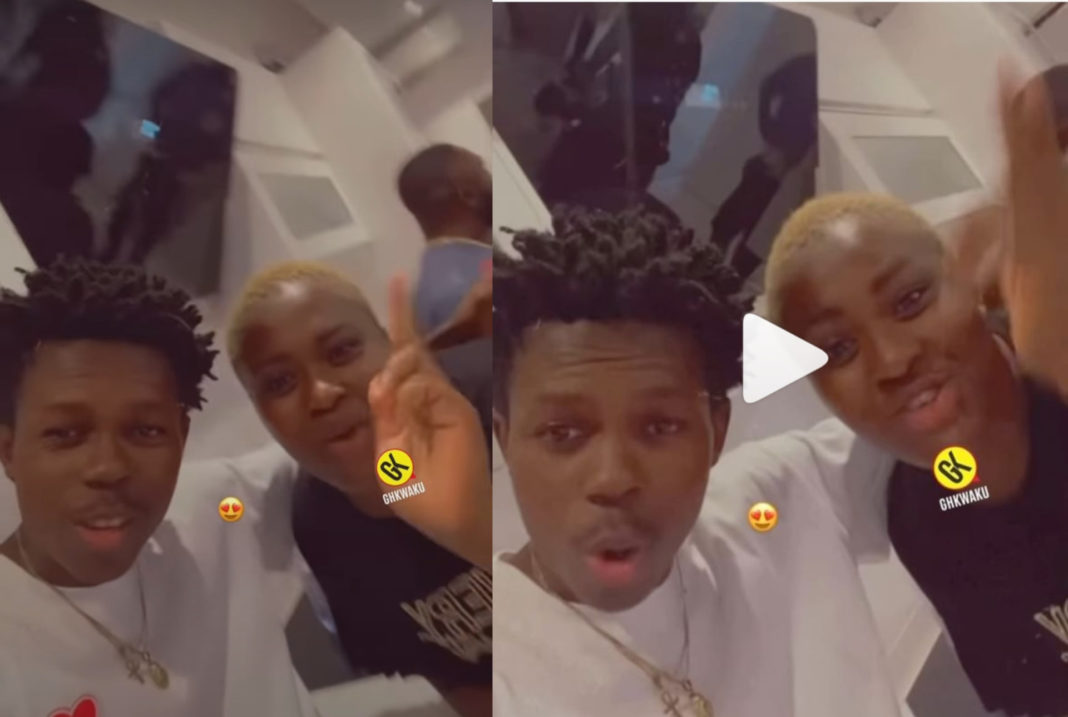 Popular Ghanaian rapper, Vincent Osei Kwaku aka Strongman has been captured having a good time with Fella Makafui.

In a video that is making rounds online, Strongman had his hands around the neck of Fella, who on the other hand was beaming with smiles and making some funny gestures with her hand.

The sight of the two top entertainers hanging out together is warming a lot of hearts on social media.

From what we gather, Strongman was in the house of Medikal for a little meeting with AMG Business boss, Criss Waddle and other top music stars who were specially invited for the hangout.

READ ALSO: Daddy Lumba Reacts After Stormzy Paid Homage To Him At The Global Citizen Festival

Why is this video subtly causing some faux? Well, it has to do with the famous Strongman and Medikal beef of 2019.

It would be recalles that after Medikal was awarded best rapper of the year award at the VGMA 2019, there were a lot of suggestions that he didn’t deserve the win.

This caused Medikal to make a tweet that he was the one saving the face of rap in Ghana at the time, and as such, he totally deserved that award.

Evantually they started a lyrically war that had Medikal personal with one of the songs by ropping in Strongman’s mother, girlfriend and most of his private issues into the diss song he titled ‘The Last Burial’

Strongman as expected quickly countered with ‘Immortal’ and also went personal as Medikal did. Among other things, he revealed how old men at East Legon were supposedly sleeping with Fella Makafui and many other things.

Well, it appears all is well now and there is finally peace.