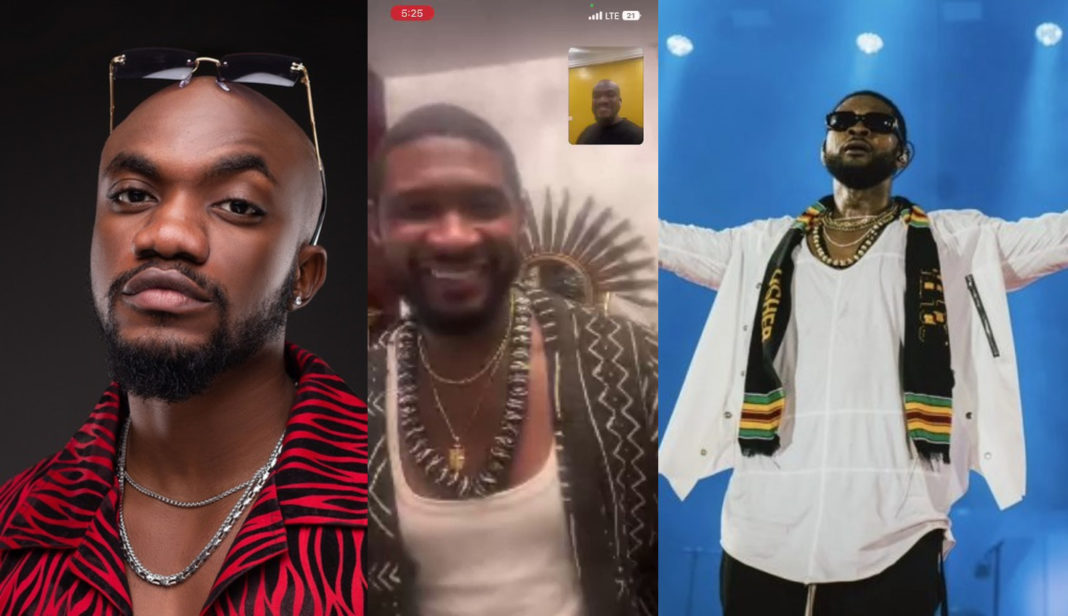 Highly Spiritual signed musician, Mr. Drew, took to social media to beg people to help him get in touch with the American R&B singer, Usher, following his arrival in Ghana.

The multiple award-winning American singer came to Ghana for the Global Citizen’s Festival which came off on Saturday, September 25, 2022, at the Black Star Square Accra.

While making the request, Mr. Drew said that he wanted to meet him so badly because Usher had a very big impact on his craft as a musician.

I need to linkop with @usher , his music and craft has had a huge impact on my career and has contributed to the artist I am today .. I am gonna need y’all help to make this happen Ghana 🇬🇭 🙏🏾 #seleey @GlblCtzn

A video of a video call he was having with Usher has surfaced online and from the video, it was all joy and happiness written on the face of Mr. Drew.

Even though whatever they were saying is not audible for people to her, there was a song by Mr. Drew playing in the background.

Mr. Drew tells it all about how he got to meet...