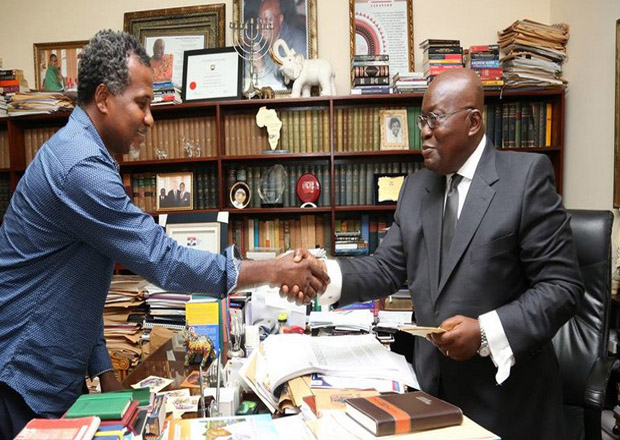 The song titled ‘Nana Toaso’ highlighted the achievements of Nana Addo in his first term of office.

READ ALSO: I Will Get Married In God’s Own Time – Martha Ankomah

‘Nana Toaso’ which featured Omega had its visuals directed by Odehyieba.

Lucky Mensah and Omega threw some shots at Ex-President John Dramani Mahama and Asiedu Nketia in this piece.

They claimed Ghanaians are ready to vote for Nana Akufo Addo to continue his good works.

Lucky Mensah reechoed how some officials of the New Patriotic Party are yet to come to terms with Ex-President Mahama’s decision to contest in the forthcoming 2020 general elections after he failed to deliver when he had the opportunity to govern the country some years ago.

Share
Facebook
Twitter
Pinterest
WhatsApp
Previous article
Famous Comedian, Foster Romanus Reveals Why His Parents Are Still Feeding Him
Next article
Use The Same Effort You Put Into Your Looks Before TV Show For Research – Kwame Gyan To GHOne’s Serwaa Amihere
- Advertisement -