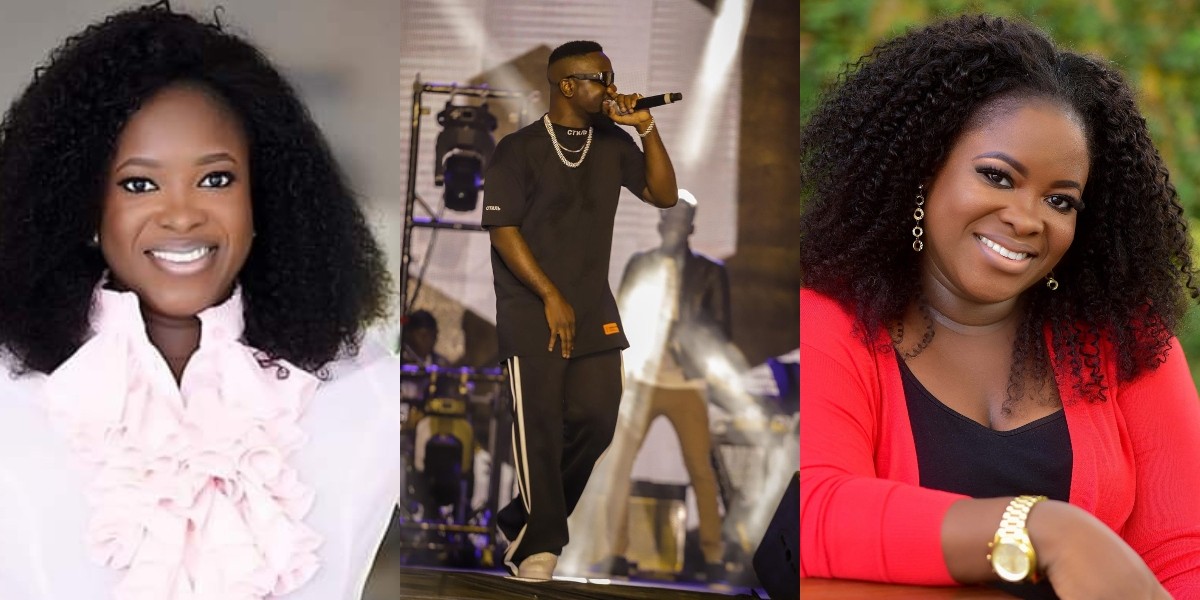 Sarkodie, born Michael Owusu Addo, thrilled the whole world on August 16, 2020, with a top-notch virtual concert that saw viewership from fans all over the world.

The concert which was dubbed Black Love Virtual Concert, was held at the Independence Square in Accra and saw thrilling performances from many talents in Ghana.

Among the top artistes that made appearances on the night were Shatta Wale, Amakye Dede, Efya and Kidi.

Aside all the songs that were performed, many people would agree that the show was put together expertly without any margin for error.

It has come to light that the entire event was directed by a lady known as Peffie Nfojoh.

She took to her Facebook page to announce how excited she was to have taken part in such a huge project with one of her icons – Sarkodie.

According to her, she had actually prayed for a day she would work on a project with the Oofeetso hitmaker and her dream has come to pass.

Excerpts of her post on Facebook read: “When I started this whole TV and Event directing business, one of my dreams was to direct a @sarkodie show, I actually used to pray about it Just like @efya_nokturnal , @sarkodie is a delight to watch and be listened to! A DIRECTOR’S DREAM!! Years after, my dream came true!”

Peffie Nfojoh was reposting a ‘thank you’ message Sarkodie made after the show came to a successful end.

Many fans were thrilled with the entire set up and with the concepts that went into the virtual concert.

What fascinated people the most was the fact that at a point, Sarkodie was seen performing at the very top of Ghana’s Independence Arch.

Peffie Nfojoh deserves a pat on the back for being able to pull off such an incredible job!

Shatta Wale Reacts To Samini’s Allegation of Being Denied Entry To...