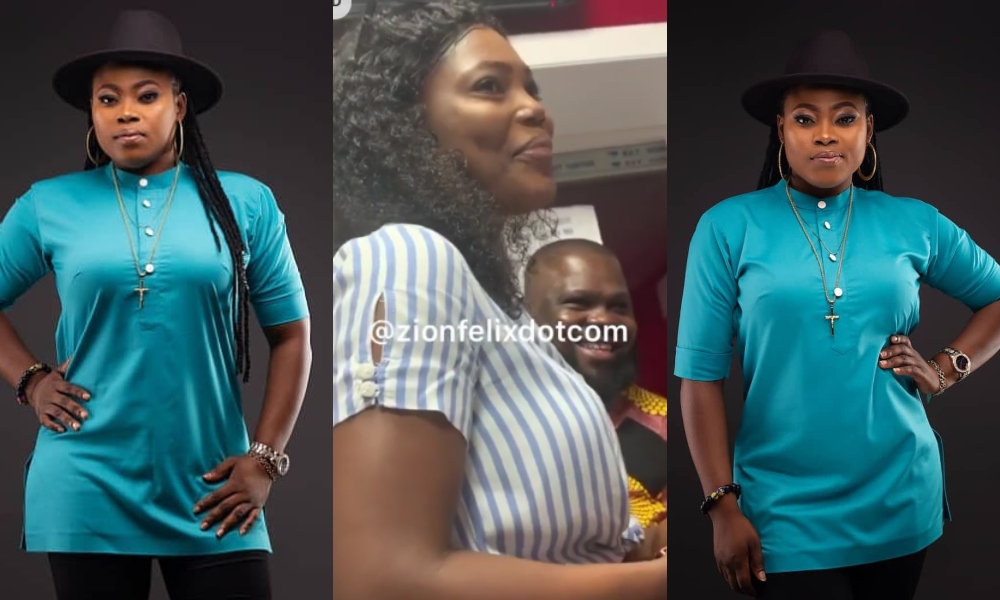 More often than not, celebrities try as much as possible to keep their private life away from the prying eyes of their fans and followers.

However, once a while, celebs take the time to either personally flaunt their relatives or they end up being discovered on social media.

Zionfelix.net has sighted a video in which the younger sister of multiple award-winning gospel star, Joyce Blessing, was unveiled.

The sister of Joyce Blessing was first introduced in the studios of Accra FM as the I Swerve singer was at the media outfit to grant an interview.

Joyce Blessing’s sister whose name is yet to be revealed said that just like her sister, she is also a singer but has not commercialized her talent.

The pretty young lady went on to indicate that she was a staunch supporter of her sister and her music.

People who were gathered in the studio were awed by the striking resemblance of the sisters as they affirmed that indeed, both women were very beautiful.

Joyce Blessing was recently in the news when she posted a photo of herself and adorable sons on social media.

The former Zylofon Music signee heavily dominated headlines when news came out that she was having challenges in her marriage.

Just In: Joyce Blessing’s Attempt To Pick Her Kids From The...