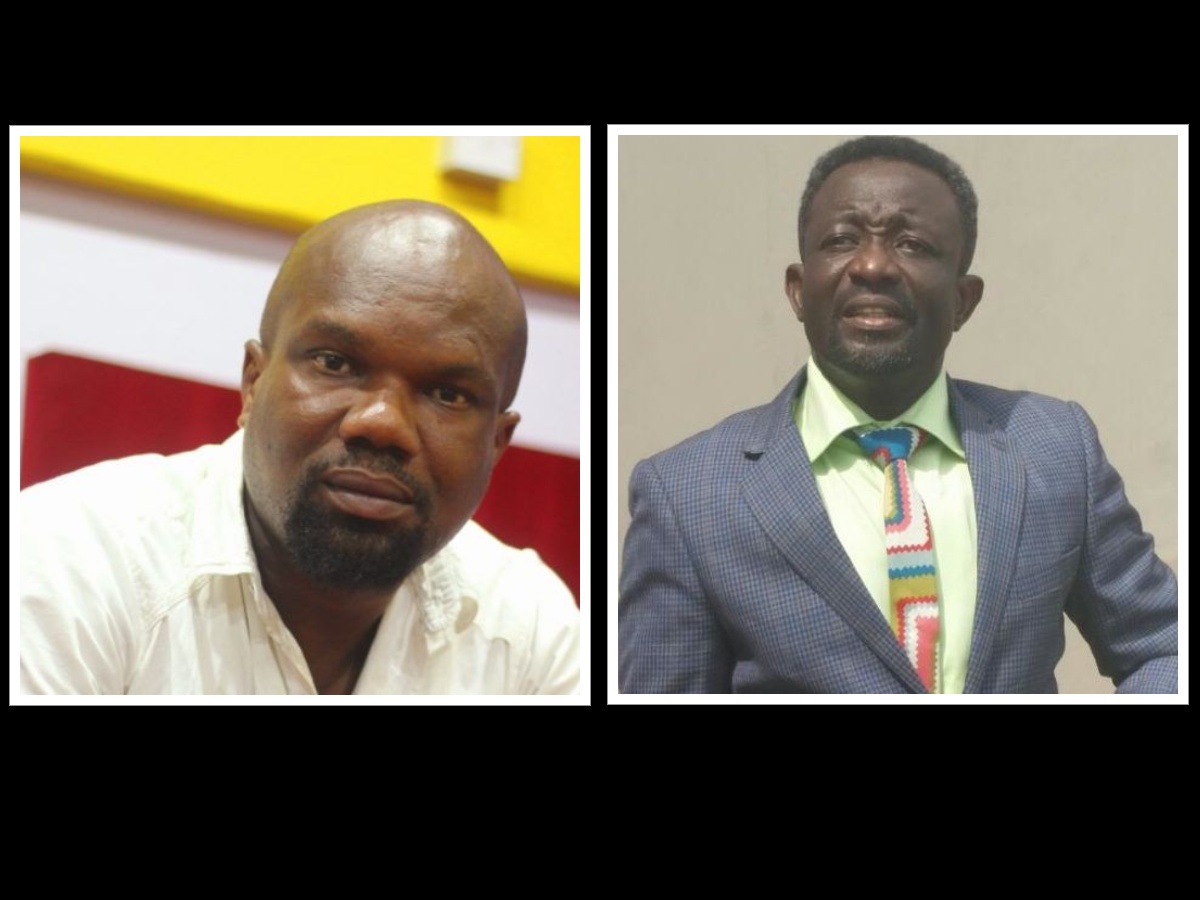 The Chief Executive Officer of Miracle Films, Samuel Nyamekye and the Public Relations Officer (PRO) for Film Producers Association of Ghana (FIPAG) Mawuli Ekpe Peter have clashed over some happenings in the association.

Mr Nyamekye and Mawuli engaged in a heated argument on UTV’s ‘United Showbiz’ program hosted by Nana Ama McBrown which was monitored by Zionfelix.net.

The FIPAG PRO claimed Mr Samuel Nyamekye has been the problem of the association and the film industry.

READ ALSO: Kaywa Loses His Cool, Blasts “Inexperienced People” Sliding Into His DM To Insult Him For Calling A Lady “Bathroom Singer”

He added that the Miracle Films CEO is a liar and he won’t trust him as a Man of God again.

According to him, Mr Nyamekye has been a hindrance to the good things and development of FIPAG.

An unhappy Samuel Nyamekye, who was raised on the phone line, stated that he won’t say anything relating to the movie industry again because some people within are badmouthing him to the Minister of Creative Arts.

READ ALSO: Some Marriages Need To Be Dissolved; Prayers Can Not Solve All Marital Issues – Counsellor Lutterodt

He also touched on his contribution towards the movie industry and his effort to have the film village built in the Ashanti Region.

Mr Nyame thanked the FIPAG PRO for his derogatory remarks. He further stated that Mawuli became a PRO for FIPAG due to his effort of bringing a movie industry in the Ashanti Region—and that record can never be broken.

Currently, there is confusion over where the Film Village should be situated in the Ashanti Region.

VIDEO: The only secular musician I’ll listen to her songs until the second coming of Jesus is Mzbel – Prophet Nigel Gaisie reveals

VIDEO: The only secular musician I’ll listen to her songs until the second coming of Jesus is Mzbel – Prophet Nigel Gaisie reveals