Benedicta Gafah is proving to be a very tough nut to crack in the wake of the fresh rumors that he actually slept with Bishop Daniel Obinim of the International God’s Way Church.

Despite the viral reports that he is one of the thirteen sidechicks of the controversial preacher, she has been dropping some hot videos and photos to subtly mock and tell Hon. Kennedy Agyapong, the man who sparked this rumors again that he is actually nonchalant.

After storming Instagram earlier this morning with a very seductive twerking video, Benedicta Gafah has returned with another stunning photo of herself.

This time, the former Zylofon Media signed actress used her business page to flaunt her firmly looking melons and the constantly tagged fake hips to tell the world and Hon. Kennedy that she is very ok.

She captioned the photo sighted by zionfelix.net: “The EMPRESS SKIN @gab__beauty“ 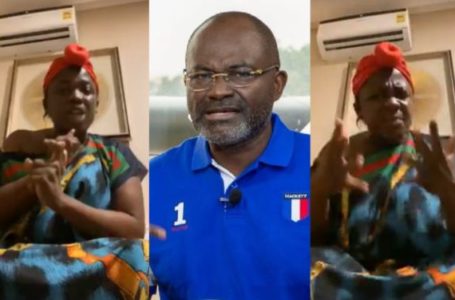