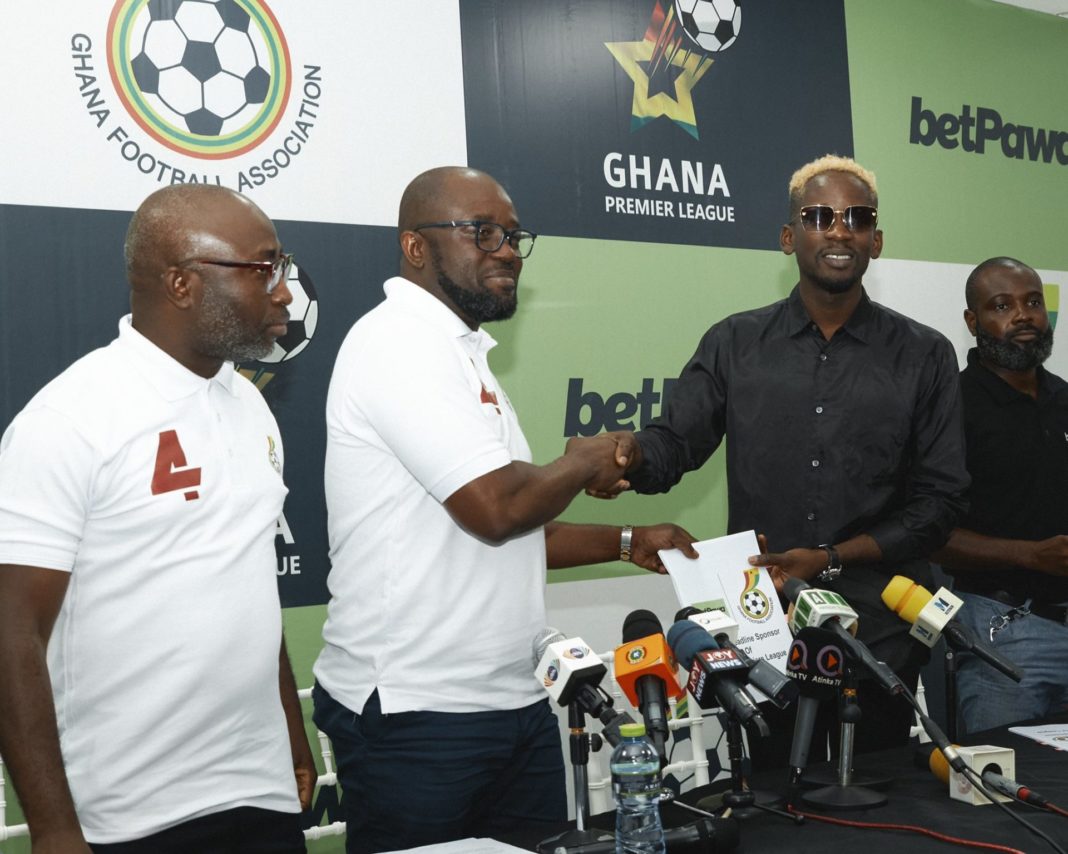 The 7-year long search for a league title sponsor of the Ghana Premier League has finally ended as musician Mr Eazi’s company is now the proud sponsor of the league.

The musician and business mogul announced the sponsorship deal by his company betPawa in a tweet.

The deal which is reportedly worth $6 Million was signed yesterday by the betting company and officials of the Ghana Football Association in Accra.

According to the terms of the contract, the agreement will run for 3 years with betPawa investing $2 Million into promotion of the Ghana Premier League.

The deal will also see the introduction of the locker room bonuses of winning team with money being transferred to their accounts right after every game.

An astroturf will also be constructed at the Ghana Soccer Center in Prampram which will be named the betPawa Pitch. The construction is set to begin in October 2022.

Investment will also be made into the marketing of the league across the African continent.

I Had No Idea Mr Eazi Was Dissing K.K Fosu On...