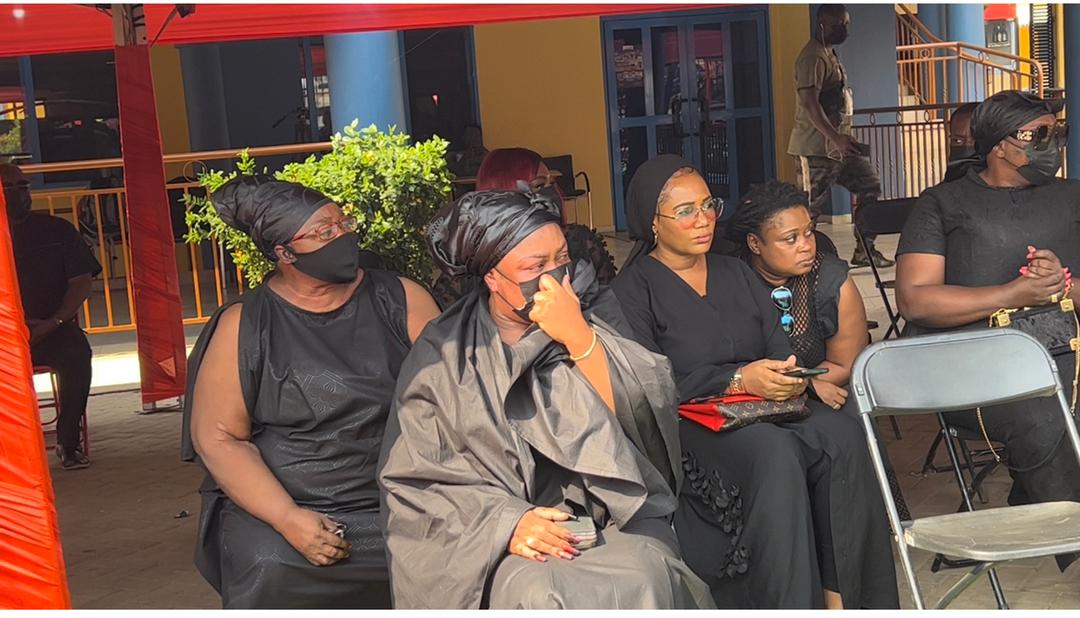 Comedienne Afia Schwarzenegger has sent expressed a hearty gratitude to all those who have sympathised with her since the death of her father especially those who attended his one week celebration yesterday in Achimota, Accra.

In a video posted on her official instagram page, the outspoken thanked the host of celebrities and friends who flooded De Temple yesterday to support her in different ways.

In the “thank you” video, Afia Schwarzenegger raised eyebrows with a revelation he made about her father.

She revealed that her father was afraid to die and leave her Lone in the world because he thought she was hated.

She however admitted that Ghanaians and her friends have proven to her father’s ghost that they love her.

Afia Schwarzenegger Uses Unprintable Words Against Coded Of 4×4 On Radio...