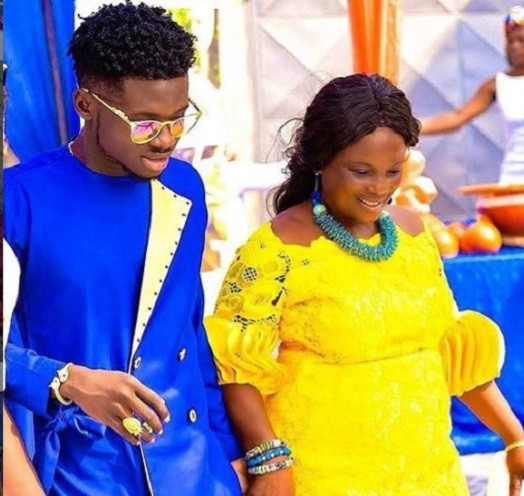 Ghanaian musician and songwriter Kwame Eugene Marfo popularly known by his stage name Kuami Eugene has broken his silence on his mother’s conservatism.

In an interview on the “Pulse Uncut” show sighted by zionfelix.net, the Rockstar revealed that his mother holds local values in high esteem when it comes to her children.

This means that regardless of the fact that his son has reached stardom in the music industry, he cannot indulge in certain behaviours.

He stated that his mother is his favorite person aside his grandmother so their separation for the one week worried him and he had to drive home to explain to her because she refused to pick her calls.

Her mother then warned her that the hairstyle will be the last one. She will not agree to any changes to his body again.

Share
Facebook
Twitter
Pinterest
WhatsApp
Previous articleExclusive Video: Tracey Boakye Shows Off The Plush Bedroom Of Her Daughter, Nhyira Which Has An Air Conditioner And Other Comfortable Things
Next articleThe Eight Years I Spent With Shatta Wale Was A Waste Of My Youth – Michy Boldly Says (Video)
- Advertisement -