My Relationship With Stonebwoy Is Not The Best – Samini Reveals (Video) 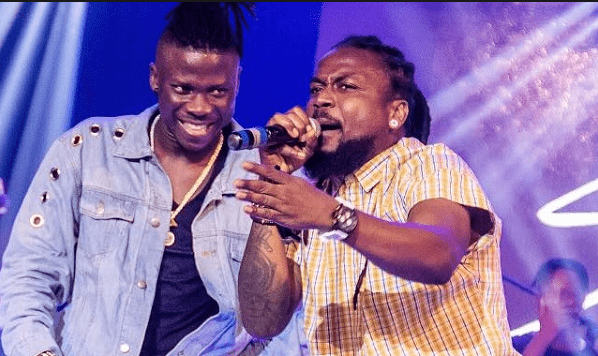 Ghanaian dancehall artiste, Samini Dagaati has opened up on the state of his current relationship with his god son, Stonebwoy.

The “My Own” hit maker has revealed that he and Stonebwoy are no longer as closed as they used to be when they were working together.

Speaking in an interview on Joy FM, Samini said he and Stonebwoy got estranged due to some occurences after the latter became an independent artiste.

According to Samini, Stonebwoy said on radio that when he needs him (Samini), he is not there for him which is not true. He revealed how he has defended Stonebwoy on several shows based on what he knows or what Stonebwoy tells him to say.

He also revealed what was the icing on the cake for the break up of their relationship. He said he the Hero hit maker was on a show with Shatta Wale when the latter selected a song of his (Samini). Stonebwoy took a microphone on stage and said he doesn’t want a song from a father who sold out his son.

He said he cannot remember how he sold out Stonebwoy and his behaviour at the event hurt him.

Ayisha Modi Fires Back At Sarkodie After He Said She Does...