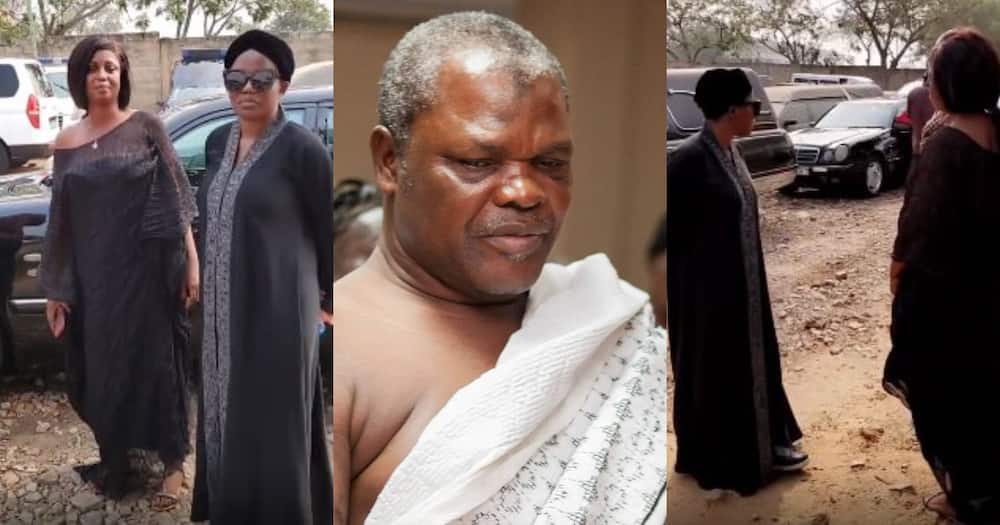 According to Mzbel, the young brother of her late father who happens to be a chief has given her the green light to do so.

The uncle of Mzbel who is called Nana Asare Oky3hen Yeboah I, the Apagyehene of Ekumfi Nanabin Twidan Royal Family, and the Chief of the Mfanteman Association of the Greater Manchester UK, has asked that she goes ahead to put together a one-week celebration for his late father, Mr. Amoah.

The post shared by Mzbel also mentioned that his uncle has decided to do one funeral in Ghana and also do another one in Manchester, United Kingdom.

Currently, Mzbel’s dad has been buried via a very simple and solemn ceremony because of his Muslim background.

“My Uncle has spoken! He is my daddy’s direct back born! Maame Ekua Bentuma Amoah. You are a princess. Your Uncle is Nana Asare Oky3hen Yeboah I, Apagyehene, and Nana of Ekumfi Nanabin Twidan Royal Family. We will have a huge funeral back home in Ghana and here in Manchester! With my permission, you can go ahead with the one-week observation! #GeorgeAmoah #UncleGeorge,” she wrote on her Instagram page on January 30, 2022.

This might bring up some issues because of the religion of Mzbel’s late father and only time will really tell how it will end.

Share
Facebook
Twitter
Pinterest
WhatsApp
Previous article
PHOTOS: Stonebwoy Storms The House Of Gifty Anti To Surprise Her As She Celebrates Her Birthday
Next article
Nana Tonardo Ends Beef With Mzbel; Condoles With Her Following Her Father’s Death
- Advertisement -