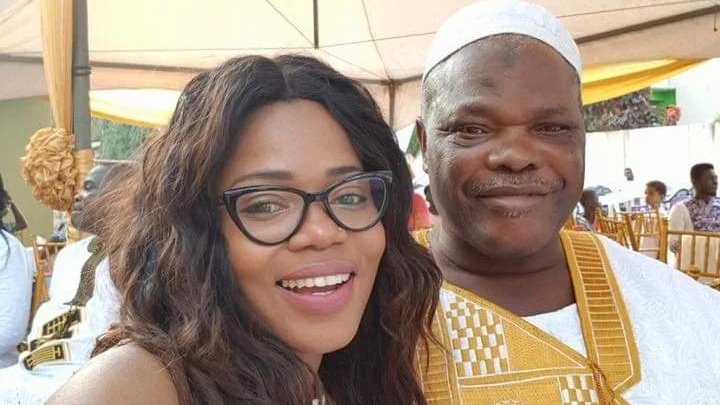 Ghanaian musician, Mzbel who currently works as a radio presenter with Accra-based Onua FM was moved to tears after she was informed about the demise of her father during a live radio show.

While she was hosting her adult show on the radio station, she was alerted that her father, Mr. Amoah had passed on to be with Allah.

READ ALSO: My Father Was Afraid To Leave Me Behind Because He Thought People Hated Me – Afia Schwarzenegger Says As SheThanks Sympathisers (Video)

Mzbel could not control herself after the message came in and in a very tearful manner, she announced the heart-wrenching news on-air and explained why she had to abruptly end the show and leave the studio.

In a sad video that has been sighted online, Mzbel said: “Family, I’m sorry we have to end the show abruptly. I can’t continue the show. My father is dead. It would sound so weird but please forgive me, I can’t continue. I have to go because my dad is a Muslim and if I don’t go, I won’t see him as he would be buried.”

She then hurriedly walked out of the studio in tears.