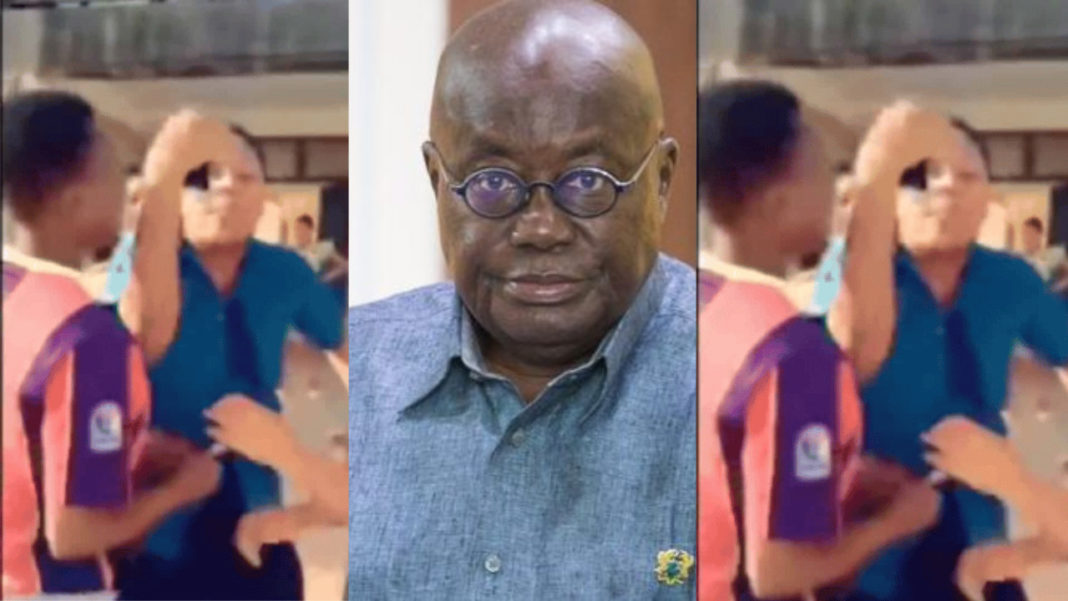 The sitting president, Nana Addo Dankwa Akufo Addo has intervened in the dismissal of the 8 Chiana Senior High School students who insulted him in a viral video.

Earlier yesterday, the 8 students were dismissed by the Ghana Education Service (GES) after they were found guilty of misconduct for hurling heavy insults at Nana Addo.

Following that judgment, a significant portion of the public expressed strong opposition, with some demanding for the children to receive another type of disciplinary action.

Following the public’s backlash, the president has requested that the GES readmit the eight students and be given another punishment instead.

The GES has been advised to explore other disciplinary measures, the Ministry of Education said in a statement.

“The President of the Republic, H.E. Nana Addo Dankwa Akufo-Addo has intervened in the above subject after his attention was drawn to it. Consequently, the Minister for Education Dr Yaw Osei Adutwum has directed the Ghana Education Service to consider an alternative disciplinary action instead of dismissal.”

President Akufo-Addo has intervened in the Chiana SHS saga pic.twitter.com/TSyx7gJaNW

This is great, at least they’ve gone through the consequences and that will serve as a deterrent to others, I’m sure they have regretted and will relent from further impertinent by depicting good behavior.

Correctional measures should be organized for them.

Also, there should be a paradigm shift in general actions and behavior portrayed by some frontliners in the system.

The media must also strategize and put measures that prohibit oral and abusive comments just to dent and denigrate others just to serve their egos and parochial interest, there should be restrictions.

Laws must be tightened to help curb the exposure of abuse that has become the norm on our media platforms, so culprits can be punished as deterrents.

Stop Mocking Nana Addo When He Sleeps At Events – A...