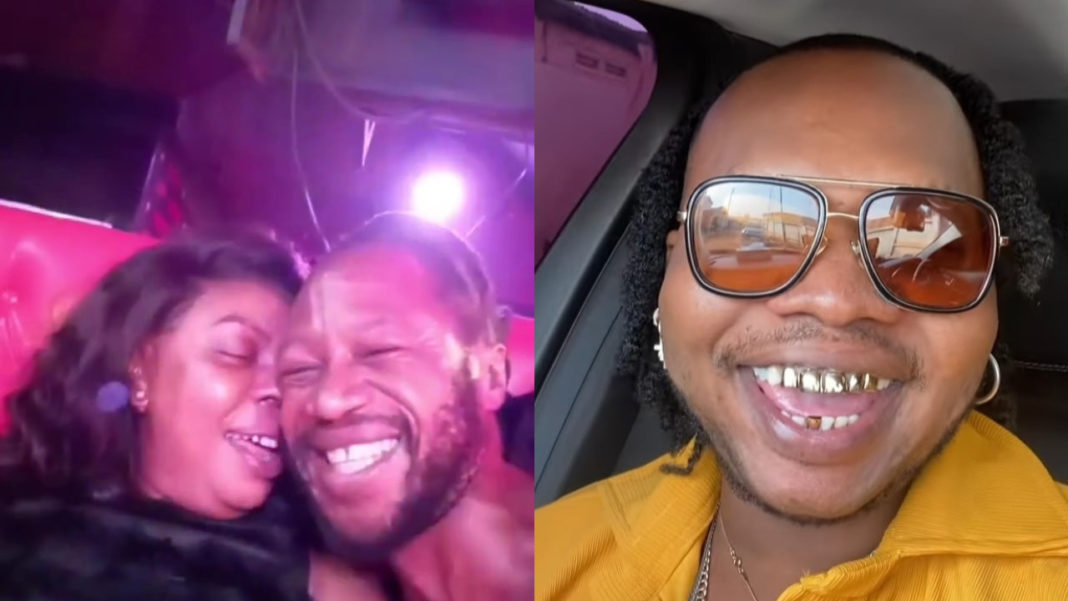 Following Afia Schwar’s announcement on the internet that she has lost her brother, her known adversary – Nana Tornado has dropped a video to expose the lies in Afia Schwar’s claims of relating to the deceased.

In this trending video, Nana Tornado exposed Afia Schwar’s clandestine attempt to use the death of another man for personal financial gains.

READ ALSO: Nana Addo intervenes in the dismissal of the 8 Chiana SHS 2 students who insulted him

As alleged by Nana Tornado, the deceased, Richard, is not related to Afia Schwar in any way.

He continued that Richard supposedly died from food poisoning during his stay in Accra for a hang out with a friend whom he strongly believes is Afia Schwar.

Tornado accused Afia of being Richard’s murderer and urged his family to immediately perform an autopsy to determine the real reason behind his passing.

She uses the least opportunity to beg for stuff. I have seen that Afia Schwarzenegger is going round peddling some heavy lies. She is claiming that her brother is dead and I have seen that some shallow minded people are also falling for it,

“They have started sympathizing with her and its sad. You’re doing all these because of public sympathy. Do you have a brother? We’ve been together for more than 14 years and you don’t have any brother,” Nana Tornado said.

He further alleged that “the guy isn’t her brother. He was a Kumasi boy who was based in South Africa. He is a known tailor in Ahensan, Kumasi. When did he become your brother? You want to take advantage of Richard’s death to beg for money like what you did with your father’s funeral”.

the family wants to bury him as soon as possible. We both know he was very strong and healthy. It has been alleged that before Richard died he disclosed that he was poisoned by a close friend. He complained of severe stomach pains“.

Making further allegation, he said “we all know Richard was living with Afia Schwarzenegger. According to reports, Richard complained he wasn’t feeling well and Afia transported him to Agogo hospital in Kumasi, exactly two weeks after, he died. Conduct an autopsy to check what really happened. Don’t bury him now”.

SourceZionfelix.net
Share
Facebook
Twitter
Pinterest
WhatsApp
Previous article
Nana Addo intervenes in the dismissal of the 8 Chiana SHS 2 students who insulted him in viral video
Next article
VIDEO: Efia Odo reveals the only condition that will make her get closer to Kwesi Arthur again
- Advertisement -