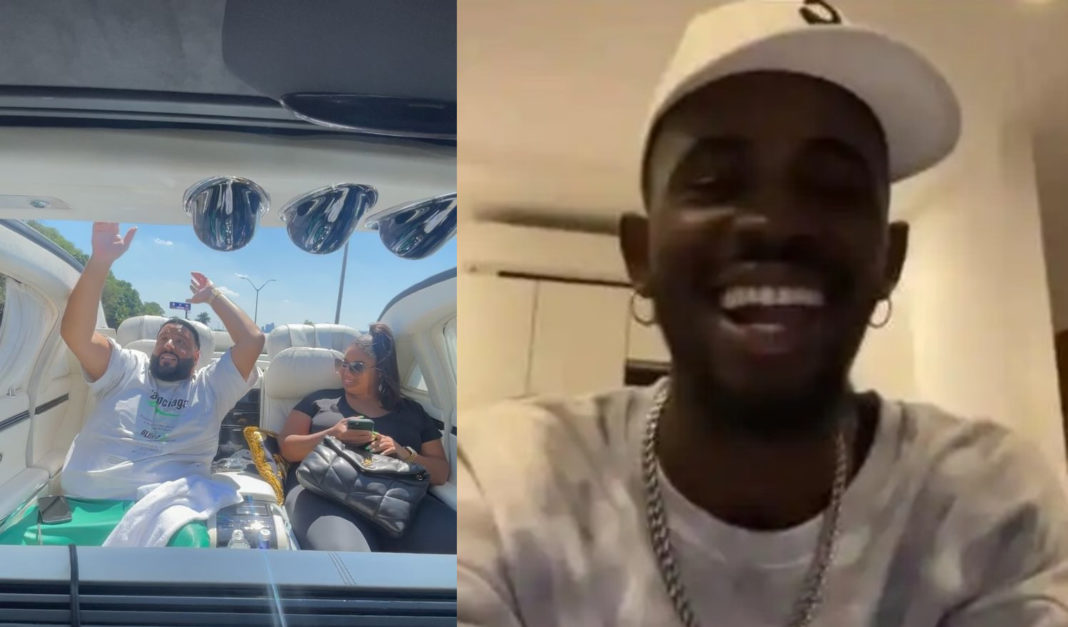 American record producer DJ Khaled has been all over Black Sherif in the past week.

From adding the rapper’s “Second Sermon” record to his playlist and sharing it on social media to jamming to the song while driving on a highway, the sound engineer has shown how much he has fallen in love with Black Sherif’s work.

But on the other hand, Black Sherif’s reaction to the DJ Khaled’s show of love has been lackadaisical; at least one netizen has realised.

READ ALSO: A Gatekeeper In The Industry Threatened Him – Insider Drops Exclusive Details About Why Black Sherif Did Not Perform At Ghana Party In The Park

In a long message to Kwadwo Sheldon, the netizen lamented the poor reaction coming from Black Sherif or whoever is managing his social media.

The netizen whose name was not revealed in the post shared by youtuber Kwadwo Sheldon suggested that Black Sherif could do more than just sending some ‘cold’ replies in reaction to DJ Khaled’scpost.

He believes if he should capitalise on the opportunity availing himself, he could even be featured on DJ Khaled’s upcoming album depending on how he handles this situation.

Read the netizens message below: