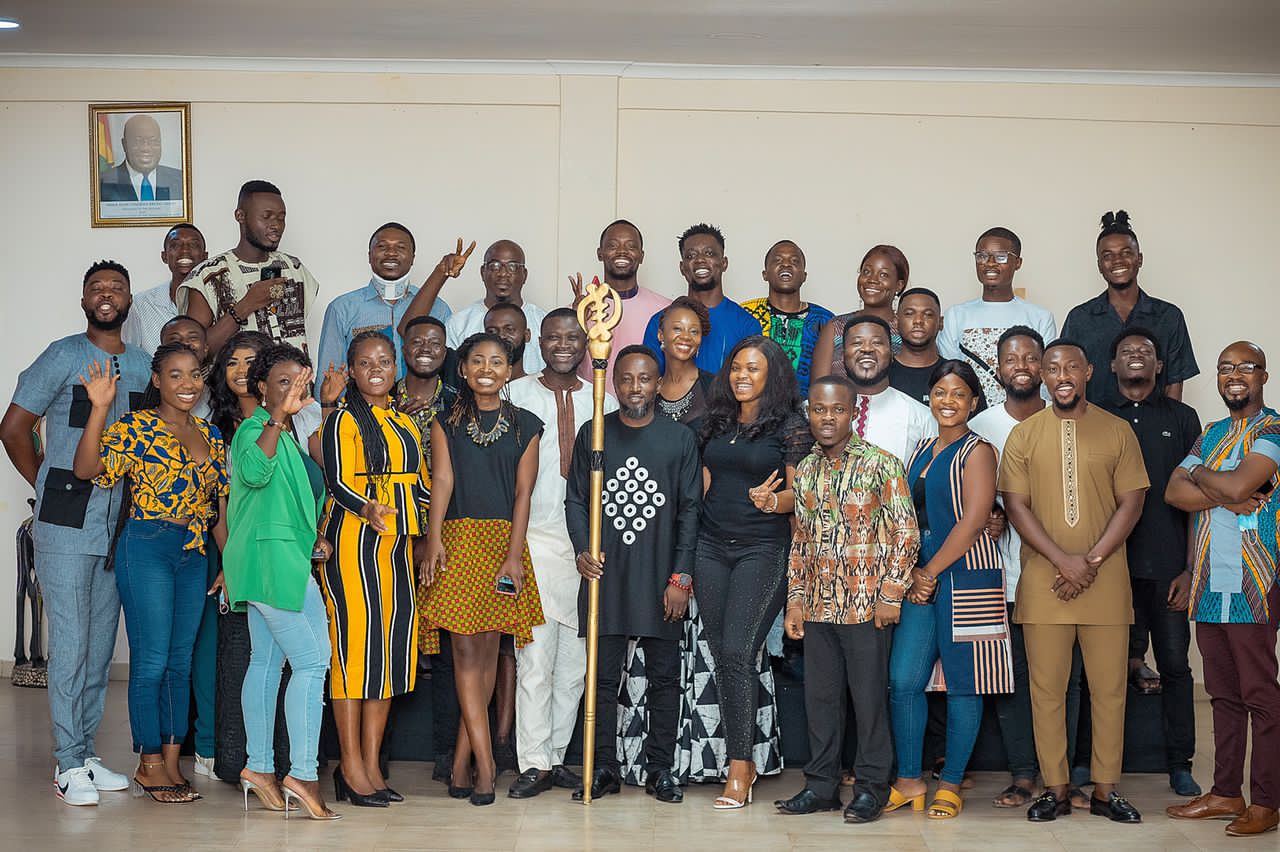 The Arts and Tourism Writers Association of Ghana (ATWAG) held its handing over ceremony and new year party on Saturday, January 15, 2022.

The programme took place at the Accra Tourist Information Centre, with members of the association and other arts stakeholders in attendance.

The induction and handing-over ceremony was conducted by Mr Prince Osisiadan, a Lawyer, who urged the members to be wary of defamatory stories that may land them in trouble.

The Chief Executive Officer of ImageBureau and host of Showbiz A to Z on Joy FM, George Nii Armah Quaye, was voted as President of the association. He took over from William Asiedu, a venerated journalist.

The Vice-President position was won by freelance radio and television host Livingstone Lotsu, who took over from Francis Doku, General Manager of MGTV (TV3 and Onua TV) and arts writer with Graphic Showbiz.

READ ALSO: I Will Allow Ogidi Brown To Die In His Pains If I See Him Suffering – Rap Fada

Hagar Gyebuwaa Owusu of the Ghana Broadcasting Corporation emerged as the Treasurer of the Association, with Rebekah Awuah taking over from arts and entertainment journalist, Reagan Odei Ofosu Osarfo (Nana Reagan) as secretary.

Fashion designer, Vera Adu-Amaning also took over from Mustapha Nii Okai Inusah, a writer with modernghana.com as the organiser.

The Research Officer position for the next four years will be occupied by Stanley Awuku Wilson, a blogger with Ashaiman TV.

Citi FM’s Kwame Dadzie handed over the baton to entertainment journalist, Gloria Akpene-Acquah aka MzGee as the Public Relations Officer.

The out-going President, William Asiedu, in his address, recounted the hard work and dedication that went into building the association and admonished members to uphold the tenets of the profession and work towards making their work as arts and tourism writers more impactful.

Speaking at the ceremony, the new President of ATWAG, George Nii Armah Quaye promised he would do all things within his power to elevate the association from where the previous administration left off.

He, therefore, urged the members to put all hands on deck to make sure they achieve their desired goals.

ATWAG seeks to promote arts, tourism and culture reporting in Ghana while developing the professional capacity and the welfare of its members.

ATWAG is also aimed at promoting co-operation and collaboration among its members and players in the arts, tourism and culture value chain.

ATWAG Teams Up With Star Assurance For Welfare Policy