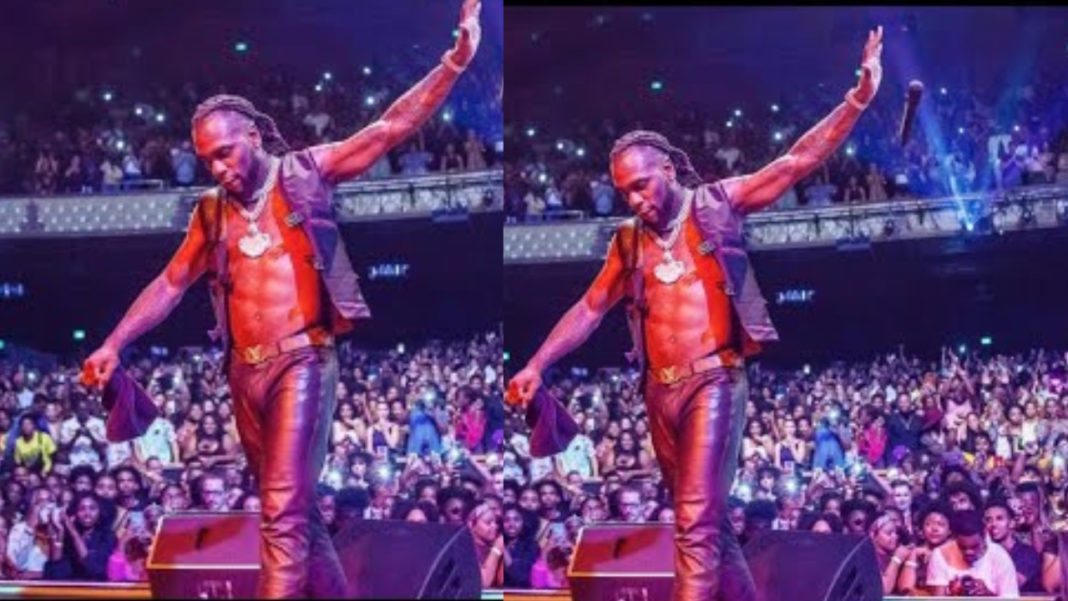 Davido, the rich kid, who you’d think would be the spoilt brat, who would treat his fans with derision is the guy who always shows up and shows out, going the extra mile.

But the ones who started from the bottom, Burna Boy and is the one who treat like fans like serfs.

Apparently, the award-winning Afrobeats singer who was booked for a concert in Lagos yesternight appeared on stage around 3:30 am.

After he finally mounted the stage, he refused to apologize and to add salt to injury, vented and insulted his fans who he had kept waiting for 7 hours as if he was doing them a favor.

The angry fans who were shocked to the bone marrow over Burna Boy’s bad behavior started hooting and calling him all sort of names to show their anger and frustration.

Meanwhile, this same Burnaboy is the first person to appear at the venue during his tours in Europe.

Yet, he’s now shitting on the people who made him a global star and a world acclaimed musician.