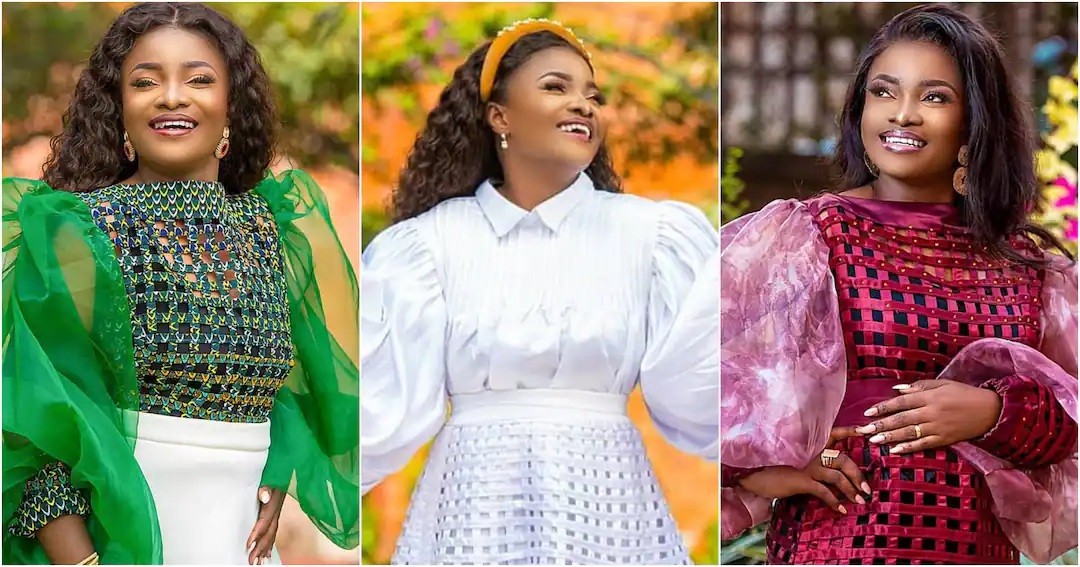 Ahead of the worship and praise event slated for August 8, from 4pm at the Calvary Temple of the ICGC off the Spintex Road in Accra, Ohemaa Mercy has clarified reports that suggest that she is not the owner of the concert.

READ ALSO: ”It Was Fake” – Rev. Sam Korankye Ankrah Speaks As GRA Chases His Daughter To Pay Tax On The One Million Dollar Gift She Got At Her Recent Wedding

Clarifying the reports, Ohemaa Mercy said that is the one and only owner and CEO of Tehilah Experience. And added that the desire to start it back in 2013 was after she got the direction from God while she was on a flight to California.

This year’s edition of Tehilah Experience which is themed, “Beyond The Veil,” will feature award-winning and anointing performances from Ohemaa Mercy, Ceccy Twum, Francis Amo, Obaapa Christy, Uncle Ato, MOG Music, and a host of others.

Share
Facebook
Twitter
Pinterest
WhatsApp
Previous article
”It Was Fake” – Rev. Sam Korankye Ankrah Speaks As GRA Chases His Daughter To Pay Tax On The One Million Dollar Gift She Got At Her Recent Wedding
Next article
Magluv Finally Blows Cover On The Time Shatta Wale Started ‘Chopping’ Her After Lying about It For Years – Watch Video
- Advertisement -

Reactions From Ghanaians After Sarkodie Tag Shatta Wale As F00l!sh &...