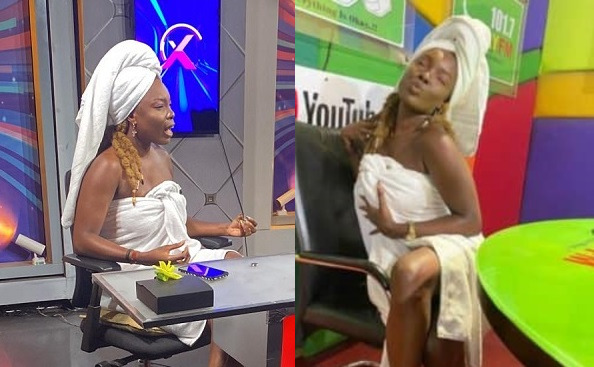 Feli Nuna is not worried about what people are saying about her wearing a towel to promote her latest song.

The Ghanaian songstress was chastised a few days ago after photos of her in a towel hit online.

She explained the meaning behind her decision in an interview with ZionFelix.

According to her, wearing a towel is about self-care.

Feli said she is promoting that through her craft.

She stated that wearing the towel is an art to get her message across.

Hitting back at her critics, Feli Nuna averred it is only the wise people that will take their time and ask why she is wearing a towel.

Despite the criticisms targeted at her, the ‘Towel’ singer said she has not heard what they are saying.

She added that she will continue to wear the towel for a while.