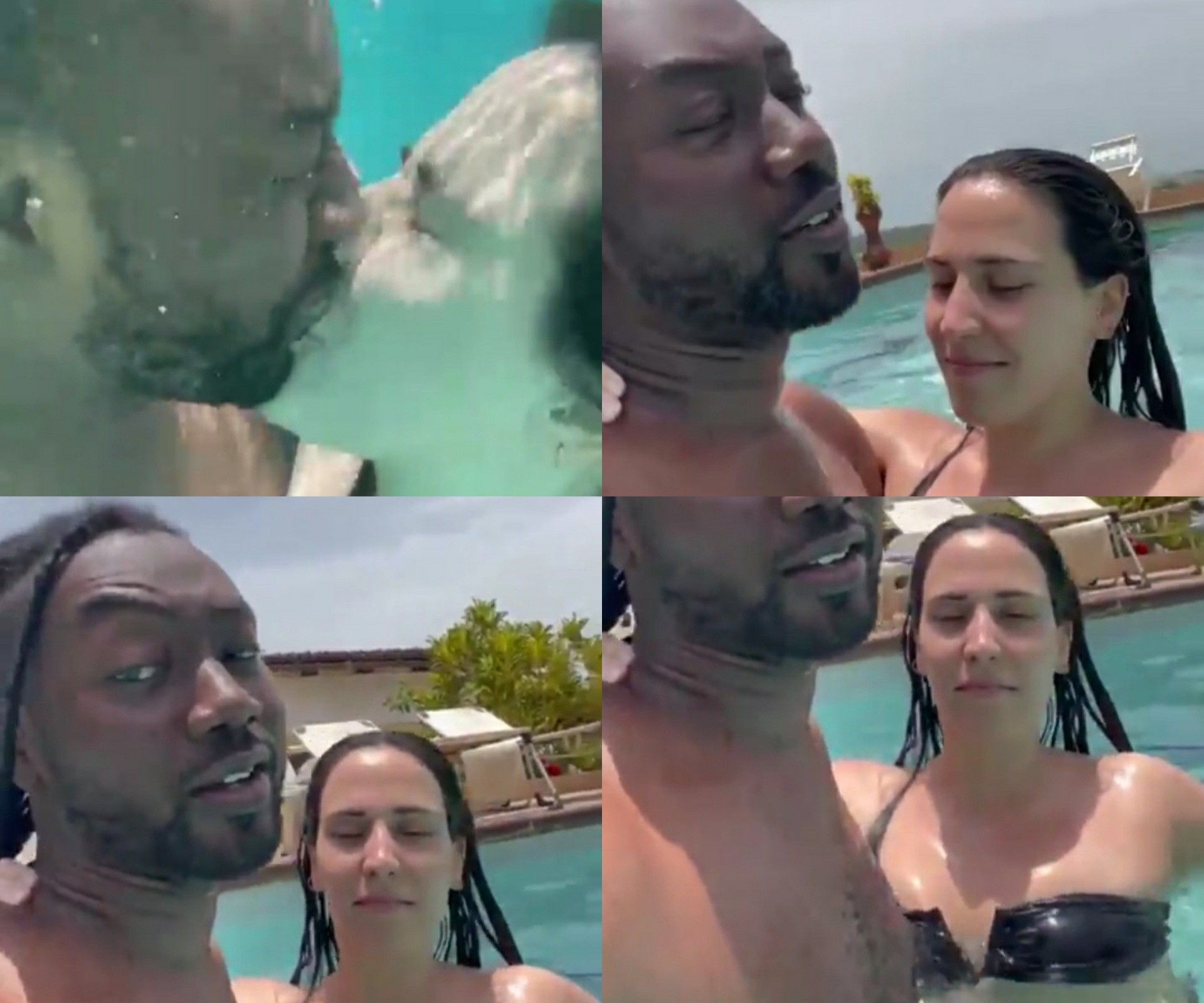 Ghanaian musician Jason Gaisie popularly known as Pappy Kojo just got off the production of his Logos II album and has been promoting it for a few weeks now but that is clearly not stopping him from enjoying life.

As they say, “all work and no play makes Jack a dull boy.” Pappy Kojo took sometime off to release some stress before comjng back to his album promotion.

In a video posted on his official Twitter account, the “Reala No” rapper is seen in a swimming pool with a white lady while they smooched each other.

We can’t independently confirm if the white lady is Pappy’s girlfriend but from all indications, the two of them had a good time together.

He captioned the video: “Ei I didn’t know love is sweet like this oh herh hehehe I fall basabasa”.

From Pappy’s caption, we can infer that the rapper has fallen in love with his new girl.