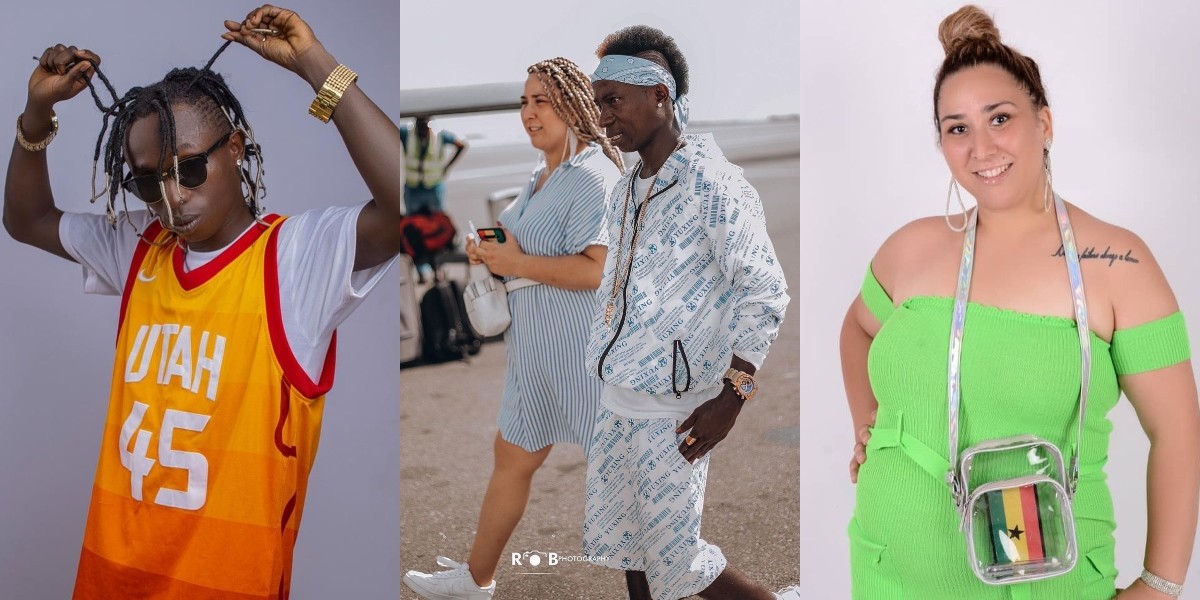 Swedru-based Ghanaian musician Justice Amoah known by the stage name Patapaa and his wife, Liha Miller are in the news following a video that showed the wife of the singer sporting what looked like a baby bump.

In a new video on Instagram, the wife of the Scopatumana crooner was seen dancing in front of a mirror and showing off a rather big tummy suggesting she was pregnant as it looked like a baby bump.

READ ALSO: It’s A Disrespect To Compare Me To Kuami Eugene, I Do Everything On My Own But He’s Spoon-Fed – MzVee

Liha Miller was seen with smiles on h er face and showed off her dance moves while recording her steps.

She was wearing a white dress and stood in front of the tall mirror while also carrying a nice handbag.

She danced and gently shook her body while standing in the same spot.

After posting the video of herself dancing, Liha Miller wrote: “Dancing Home Alone To Loud Music Is Also A Therapy”

Many of her fans took to the comment section to send her messages suggesting that they were happy to see that she was already pregnant.

A female fan of the couple noted: “Wow congrats dear u are looking cute”

READ ALSO: My Mum Calls Me Every Morning To Ask When I’m Marrying – MzVee

Yet another lady wrote in the comment section: “Congratulations dear”gifty.debrah had this to say: “I can see the bun in the oven”

Another fan had this to say about the video: “Pregnancy therapy”

There were many comments that suggested that indeed the Patapeezy empire was elated over the fact that they were going to welcome a new member soon.