The smooching and expression of great love for one unknown white woman recently by Patapaa in the viral video is turning out to be one of those bad publicity stunts.

After trending in the news space with the video, and helping his girlfriend, Gabriella Kotey, who is popularly known in the media as Queen Peezy to get the attention of the media as well, the Swedru music ‘superstar’ in a new video available to zionfelix.net claims that the video was just a joke and that the lady in the video is his friend and for that matter, his Pa2Pa soldiers shouldn’t take it seriously.

The ‘One Corner” hitmaker also disclosed that the other video of him claiming that he fu*ked some other dark lady was also just for the fun of it. He added that all these ladies are just friends who love to hang out with him.

He also stressed that people should note that none of the videos were posted by him online.

READ ALSO: Patapaa Is Bedroom Commando, He can Chop Me For 3 hours – Girlfriend

Patapaa ended this video which sought to clarify all these rumors with the profession of his undying love for his boo, Queen Peezy. He stated that the love he has for her is too much and wouldn’t do anything to hurt her.

He promised Queen Peezy of a convincing explanation when he finally arrives in Ghana and capped it all by singing one of his songs for her.

Watch the video of Patapaa making this U-turn below: 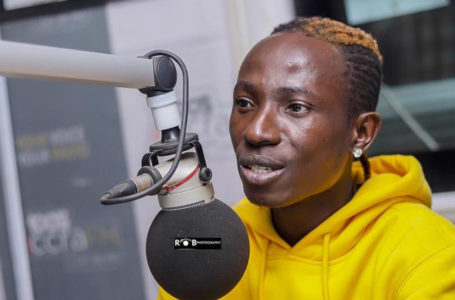