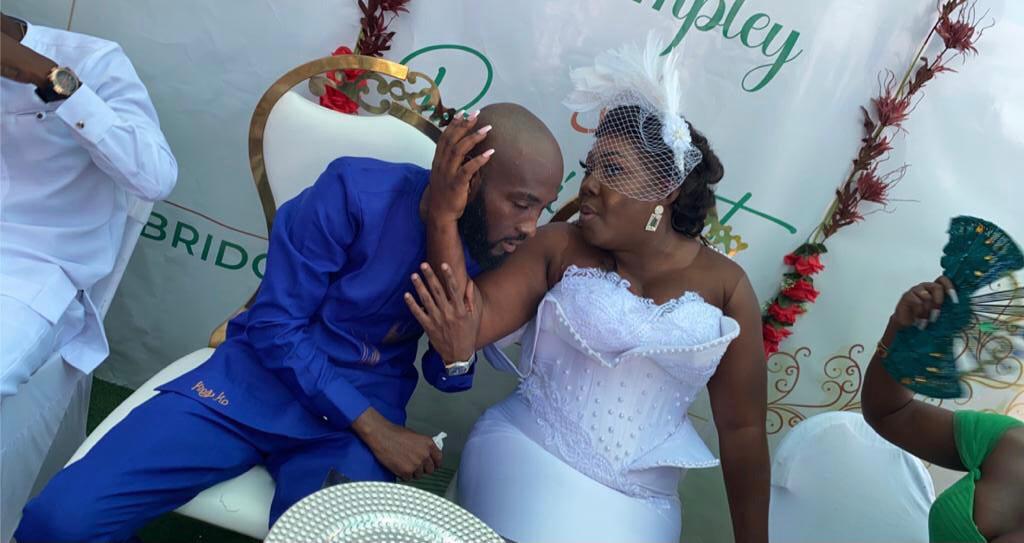 The affable actress tied the knot with his long-time boyfriend Solomon in Ashanti Region, Kumasi. She has now joined the union that unites lives legally, economically, spiritually, and emotionally.

She has finally said goodbye to spinsterhood after she legalized her marriage to the CEO of Bethel Alata Soap in a traditional style which happened at Ridge opposite WAEC Guess House near Bekwai Roundabout.

The occasion was graced by top personalities including actors, actresses, producers, and excellent people to support her.

The tranquil actress is one of the finest people in the movie industry due to her charisma and nature, featured in a lot of movies with Bill Asamoah, Lilwin, Akrobeto, Nana McBrown, Christiana Awuni, and many more.

Share
Facebook
Twitter
Pinterest
WhatsApp
Previous article
The Telcos Are In Secret Competition, Be Careful On What You Say Or Wear When You Are On Their Platforms – Captain Planet Advises KiDi and Black Sherif
Next article
MzVee Cuts Off Her Hair; New Look Outdoored At VGMAs
- Advertisement -