PHOTOS: Professors And More – Check Out The List Of Top Personalities Behind Sarkodie’s Enviable Brand And Real Estate You Probably Didn’t Know About 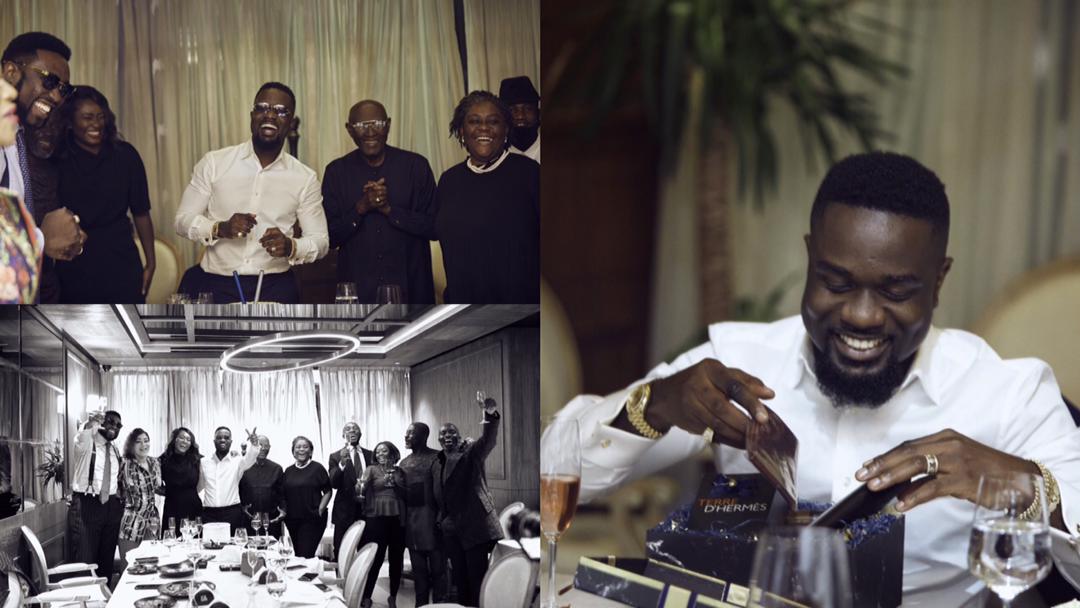 You might not really be a fan, but you most definitely cannot take away the fact that BET award-winning musician, Michael Owusu Addo, popularly called Sarkodie has one of the most respected and enviable brands in the entertainment space.

Truth is, a lot of time and hard work has gone into building that name for himself over the years.

However, it appears that Sarkodie has not done all of it alone.

The Sarkcess Music boss apparently has a team of affluent people who have been working behind the scenes over the years for him to get to where he is now.

READ ALSO: VIDEO: Delay Boldly Accuses S3fa Of Going Under The Kn!fe To Enhance Her Body In Her Face

Even though the likes of his Angel Town aka Angelo (manager), Black Nana, and Skanzy (security team), Urban Effects (USA manager and designer), Jayks (Business manager), and DJ Mensah (Disc Jockey) are some of the faces Sarkodie is always seen with, some very respected men and women have been working behind the scenes.

A list that has been made available to zionfelix.net shows that Sarkodie is actually having real estate that many people are not even aware of.

This real estate group is managed by one Aba Mariam, who also doubles as the head of Sarkodie‘s Digital Marketing team.

Also, respected personalities like Professor Ayensu, Professor Brommon, Kofi Amoabeng, Sledge, and others are all a part of the super fantastic Team Sarkodie.

See the full list below and what all these great personalities do for Sarkodie.

See their photos below