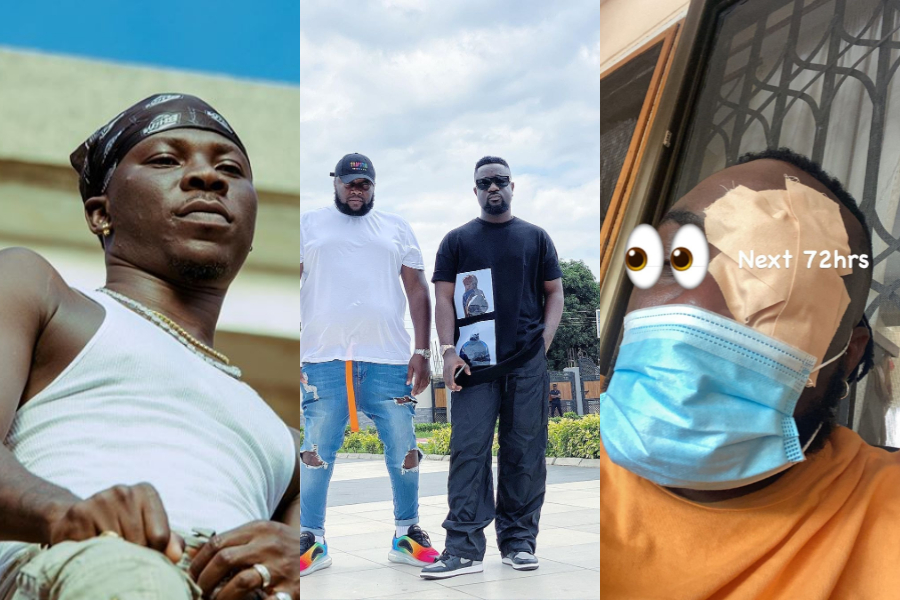 During the recording of Sarkodie’s ‘Black Love’ concert, reports emerged that Stonebwoy landed a blow on the eyes of Angel Town, the manager of the Sarkcess Music boss after they both were engaged in a little ‘fight’.

Following that confrontation between Stonebwoy and Angel Town, it was reported that Sarkodie had lodged a complaint with the police to deal with the issues by the books and according to law — something that saw Stonbwoy’s godmother, Ayisha Modi take Sarkodie on ‘gidigidi’.

Fast forward, the issues that came out of the concert have been dealt with and nothing is being heard from those quarters.

However, in an interview on Peace FM today, Stonebwoy unintentionally dropped a bomb about the issue when he was speaking about the whole brouhaha that he pulled a gun on Shatta Wale at the VGMA 2019 stage.

READ ALSO: Stonebwoy Sets The Record Straight On The Alleged Arrest Of His Bodyguards

In his quest to end the reports that he actually pulled a gun, Stonebwoy revealed that just like the VGMA case, he never pulled a gun when he had the issue with Angel Town as was reported by a section of the media.

He shockingly, however, added that when he went to the police station to write his statement after he was invited, one of the people brought forward as Sarkodie’s witness, said that he pulled a gun.

According to him, that was a blatant lie. Stonebwoy added that at that point, he felt there was a ploy by some people to get him jailed for no reason.

Kindly watch the video below for all Stonebwoy said…