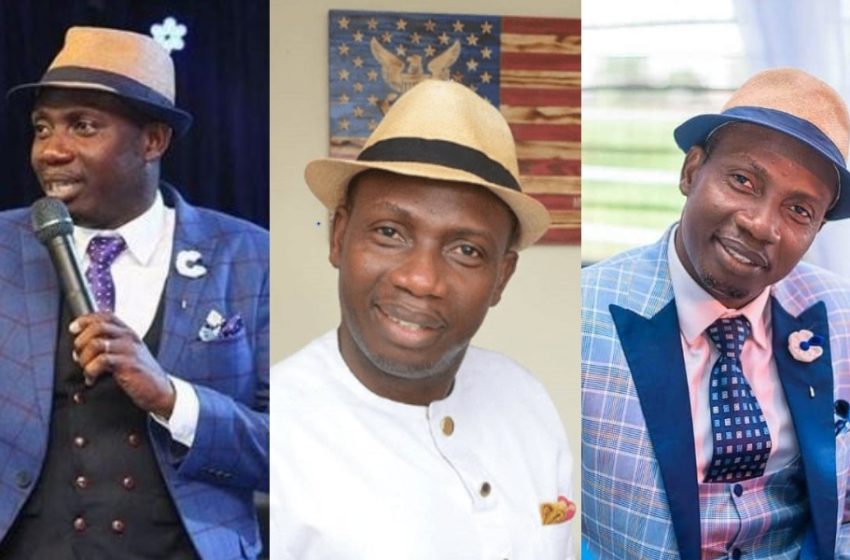 Finally! Counselor Lutterodt Apologizes To Ghanaians And Raped Victims For

Controversial counselor and self-acclaimed ordained minister of the gospel, George Lutterodt has finally done the needful following all the backlash he has received in the last few days after he suggested that all rape victims enjoyed the gross act at some point during a recent interview on Adom TV. Making an appearance on Peace FM’s […]Read More

Again! Yaa Jackson Disgraces Herself On Live Radio After She

After listening to the interview Ghanaian actress-cum-songstress Yaa Jackson granted Andy Dosty earlier this morning on Hitz FM, I have been wondering what she ate or was told before she went for the interview. Aside from being very elusive when she was asked simple questions she could have answered easily to make the interview an […]Read More

Award-winning Ghanaian DJ and radio show host, Andy Dosty has berated Kofi Asamoah for tagging singer eShun as a promiscuous woman in the wake of the back and forth with her former manager, Stephen Mensah of Quophimens Musiq. The Ghanaian movie producer/director during Peace FM’s entertainment review show hosted by Akwasi Aboagye on Saturday stated […]Read More

VIDEO: Obour Finally Opens Up On His Traumatic Experience In

The last two months have been very challenging for the former President of the Musicians Union of Ghana (MUSIGA), Bice Osei Kuffour, popularly known as Obour. From the demise of his father, Nana Osei Boansi Kuffour, and the wild reports that he died of coronavirus, that Obour failed to disclose this to health personnel who worked […]Read More

The news about Naa Ashorkor’s sack from the Multimedia Group has seen a lot of reaction on social media after she sadly made the announcement herself on Wednesday, May 6. After the news went viral, there were a lot of reports that speculated that she was fired because she was ‘swerving’ her duties on TV.Read More

Despite Media Will Follow Multimedia, GMA And Others To Axe

In the wake of many media companies laying off some workers due to the coronavirus pandemic, it has emerged that Despite Media, owned by business tycoon Osei Kwame Despite is going to be the next media house to do the axing. This rather heartbreaking was revealed by one of the top personalities at the company, […]Read More

Brother Of Fan Who Got Injured At ‘Welcome To Sowutuom’

AMG Business rapper, Medikal decided to go live on his Instagram page yesterday to address all the allegations leveled against him by Eric Arhin, the brother of his fan who got injured at his ‘Welcome To Sowutuom’ concert last year. Even though the rapper showed a lot of receipts in that live video session, and […]Read More

Details Of Final Funeral Rites For Late Kofi B In

The family and friends of late Hi-life gem, Kofi B who are based in the United States of America are set to organize funeral rites for him over there. This we gather will come off on February 29, 2020, at the Sambra Hall, Bronx (USA).Read More

The family of late Ghanaian Hi-life music sensation, Kofi Boakye aka Kofi B announced 26th April 2020 as the date for his final funeral rites in Accra during his one-week observation rites on Sunday, February 16, 2020. However, new information gathered by zionfelix.net suggests that the date has been changed to March 28, 2020.Read More