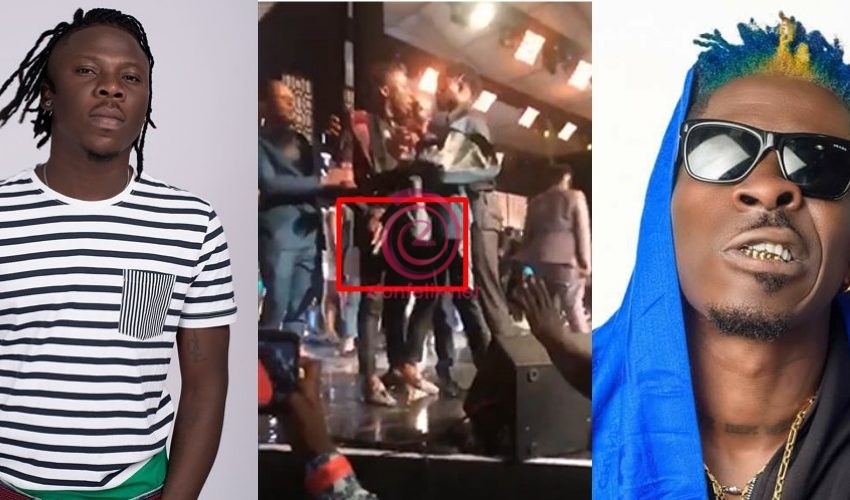 After over a year of stories claiming that he pulled a gun on the VGMA stage when his colleagues Shatta Wale and his team also mounted the stage when he (Stonebwoy) was called up to pick an award, the Burniton Music boss has come out to offer some clarification.

Speaking in an exclusive interview earlier today on Peace FM, Stonebwoy stated emphatically that contrary to the viral reports that he pulled a gun, he never did such a thing.

According to him, he only had the gun strapped around his waist with his hands on it but never pulled it as many people reported and suggested.

Stonebwoy stressed that there is a vast difference between pulling/brandishing a gun and having it on you for protecting — especially when the gun is legally registered.

He further sighted the viral video which was captured by blogger Nkonkonsa and asked any Ghanaian who thinks that he actually pulled a gun to go back and watch.