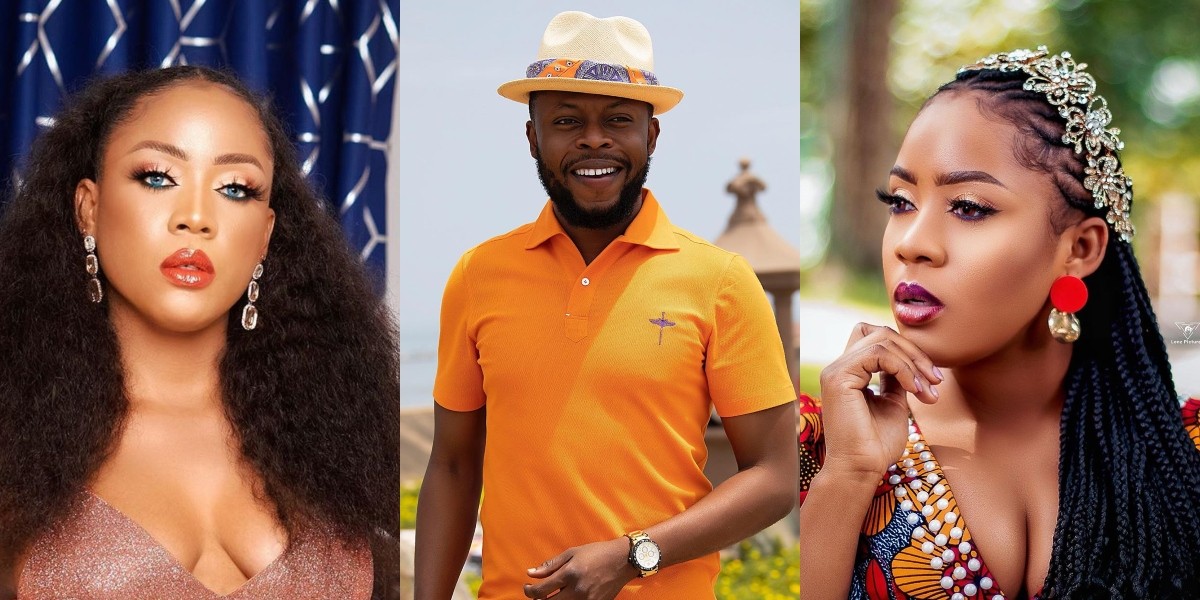 Pretty Ghanaian actress and entrepreneur, Jessica Williams, has dropped a stunning photo with actor Kalybos and has added a rather bold statement to it on social media.

In the photo sighted by Zionfelix.net saw the burgeoning Ghanaian actress in a pose with Kalybos in what appeared like an office.

Jessica Williams was seen seated while wearing an African print in the photo as comic actor Kalybos stood in his beautiful white African-inspired Kaftan.

The photo saw the two holding hands in a lovey-dovey kind of way which indicated that they are probably serious about each other.

The caption given to the photo by the pretty actress has however has sparked dating rumors between the two and fans are happy for them.

Jessica Williams captioned the photo: “My MCW all Day Everyday …. Kwaku, My Message to You is Simple and Short , ‘ Thank You For Loving Me ‘ ……. @kalybos1 I [love] You”

Many fans and followers of the actress, after seeing the photo and caption decided to air their views on it.

celebrities_arena wrote: “Save the date”

Blogger Zionfelix and comedian Bismark The Joke dropped emojis in the comment section to express themselves over the photo of the ‘lovers’.

Actress victorialebenee also came in with the comment: “Should we save the…”

There were many such comments that prove that fans and celeb friends alike are happy for the duo and would want to see them together.

Allegations That He Begged Funny Face To Also B@ng His Girlfriend...