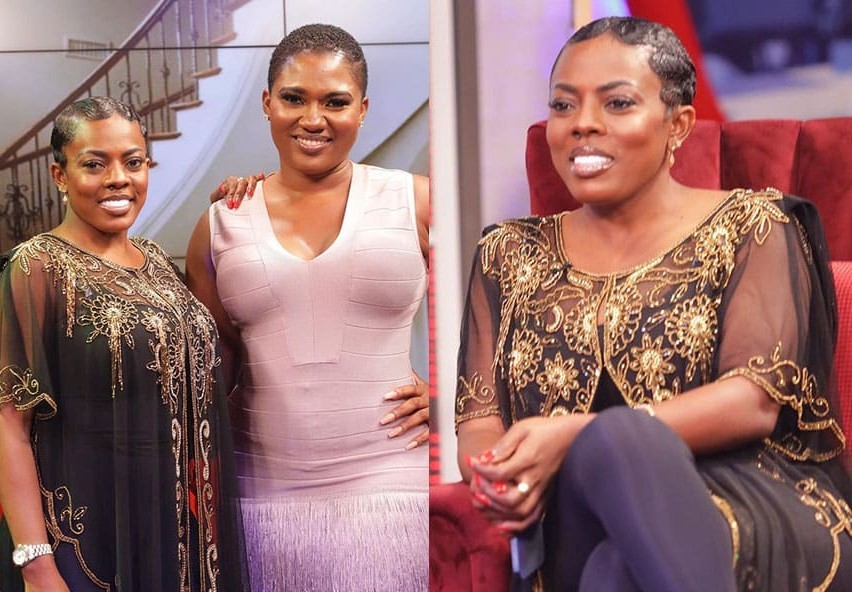 It will be recalled that a few months ago, Abena Korkor during one of her suppossed Bipolar episodes took to her Instagram page to mention the names of top celebrities she had slept withnagain and updated the list in the process.

Abena added the names of Giovani Caleb, Lexis Bill and a few added to her already tall list of celebrities who had had a taste of her honeypot.

She also mentioned broadcast journalist, Nana Aba Anamoah and Serwaa Amihere as women who pimp young girls and sleep with rich men in exchange of money.

While the allegation she made against Nana Aba has not seen any reaction from the popular journalist, Abena in a remorseful manner came to UTV during a live panel discussion to finally apologize to Nana Aba for all she put her through.

Abena Korkor explained that even though she was suffering from a bipolar disorder, she was partly aware of all the damage she was causing Nana Aba who was once her mentor.

Watch the video of the moment below…