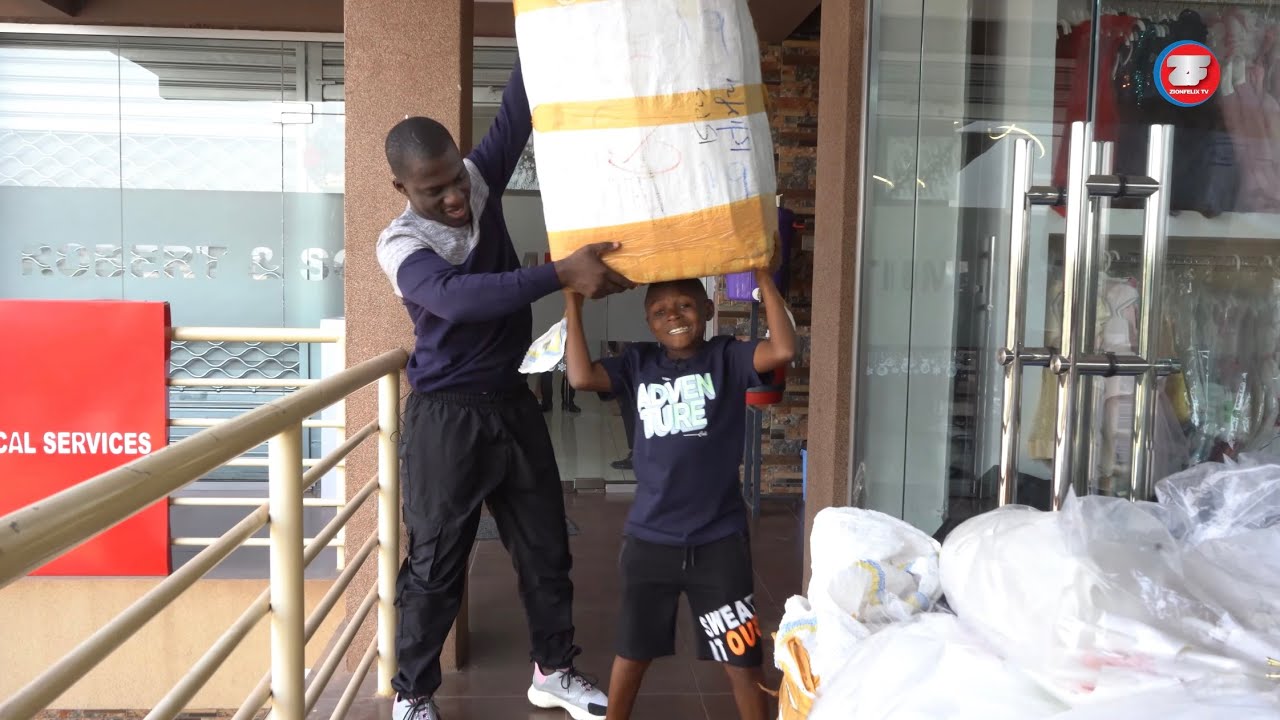 Actor Yaw Dabo has proved to be the ‘smartest’ of the celebrities who have so far been on blogger Zionfelix‘s shopping spree for celebrities in the country during this festive period.

When he was taken on the shopping spree in Kumasi recently and given the three minutes rule, he agreed and kick-started his shopping.

While the other celebrities who have so far gone on the shopping spree have somehow struggled to pick the items they need because they were chasing time, Yaw Dabo to the surprise of Zionfelix decided to pick just a single box.

When he was asked why he will pick such a big box, he said that it was because he didn’t want to end the spree without getting all the benefits it comes, and lo and behold, he hit a jackpot with the decision to lift that box.

When the box was finally opened, it turned out that it was filled with clothes which were surprisingly his sizes and totaled a little over Ghc10,000.

As soon as the amount was mentioned to Zionfelix, he began to beg and requested that Yaw Dabo only picks items that will total just Ghc5,000 but he was reluctant to do so.

Zion had to persuade him for a long time before he finally agreed to slash down, after which he said a powerful prayer on the life of Zionfelix.

Watch the hilarious moment and more below