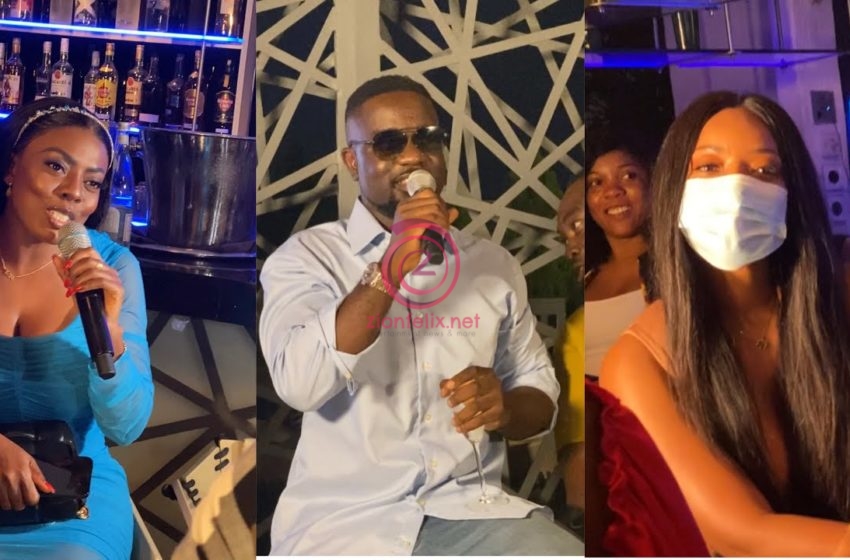 During the launch of the event which was covered by Zionfelix.net, the Sarkcess Music boss gave background info about how the annual event started.

He acknowledged the support of his team and the media for making the Rapperholic Concert a success.

READ ALSO: Kofi Amoabeng Storms Launch Of Rapperholic 2020 Discloses Why He Is Friends With Sarkodie (Video)

Sarkodie admitted that the success of the first edition gave him extra energy to continue with the event.

With the concert being held eight (8) years on a roll, Sarkodie disclosed he was adamant when his team wanted them to organize the Rapperholic Concert this year.

According to him, the Coronavirus pandemic and some other things were holding him up on his decision to host the event this year—but his team succeeded in convincing him.

He also revealed how he mostly got sick every year when he is performing at the Rapperholic Concert.

Nonetheless, Sarkodie is poised for the 2020 edition of the Rapperholic Concert which will take place at Grand Arena on December 25, 2020.

Some of the public figures spotted at the launch of the 8th Rapperholic Concert included Mr Kofi Amoabeng, Nana Aba Anamoah, Angel Town and DJ Mensah.

As usual, this year’s event promises to be fun and entertaining—you cannot afford to miss it!

Watch the video captured by Zionfelix.net below.