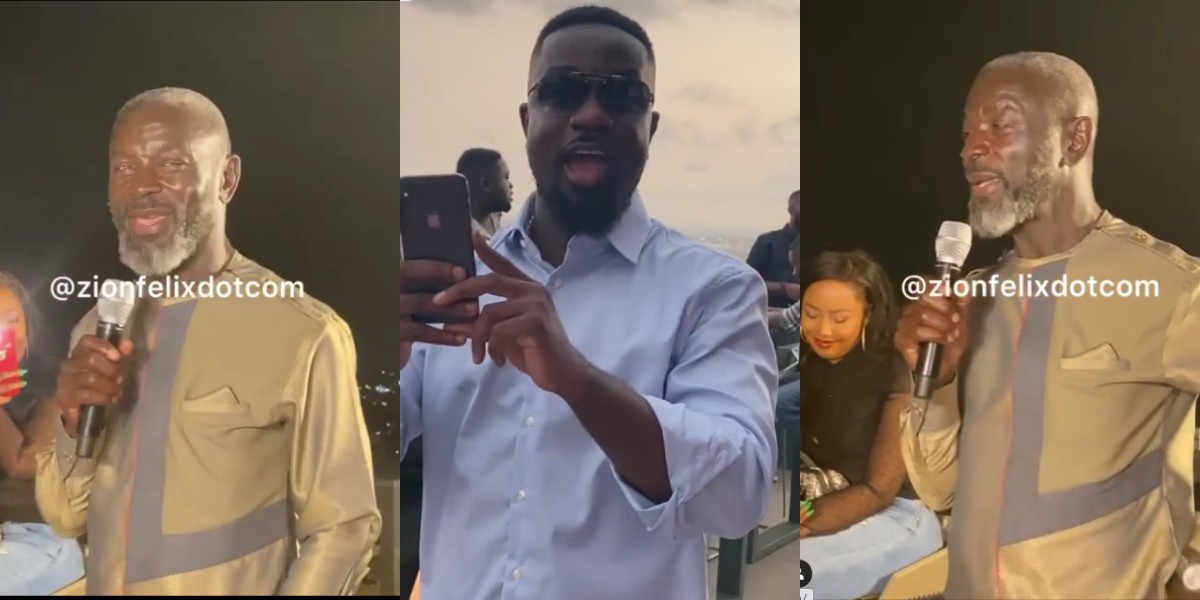 Co-Founder of now defunct UT Bank, Mr Prince Kofi Amoabeng, has been spotted at the 2020 launch of Sarkodie’s Rapperholic concert.

In a video posted on the IG page of Zionfelix, Mr Amoabeng took the microphone to describe his close buddy Sarkodie in a few words.

According to the former military officer, he was very interested in Sarkodie’s progression and he has been monitoring same for a number of years.

He implied that Sarkodie kept getting bigger and better with the passing of the years and nothing was going to be able to stop the rapper’s growth.

Sarkodie is currently launching his annual Rapperholic concert which he stages every December to give his fans a treat during a night of non-stop fun and music.

Also at the launch is TV star Nana Aba Anamoah, DJ Mensah and a host of other top-notch industry players.

I Decided To Mind My Business When He Did It To...