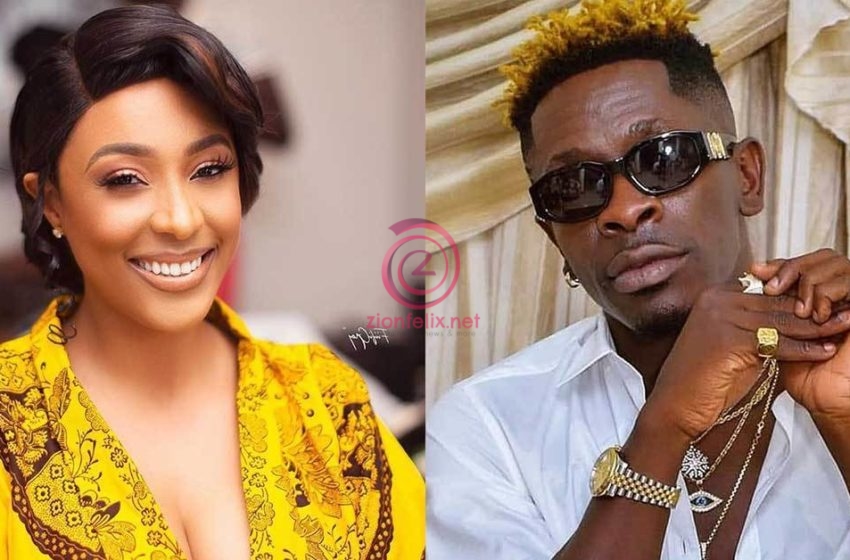 Apparently, all the videos sighted on social media from Shatta Wale‘s recent house party to celebrate his birthday are just a small part of the things which actually went down that day.

A new video of Shatta Wale and Nikki Samonas dancing happily at the party captures the award-winning musician putting his hands into the bra of Nikki – that is if she was even wearing one.

READ ALSO: The Reason Michy Was MIA At Shatta Wale’s All-white Party Revealed, It Is Quite Shocking

A careful observation of the video shows that Shatta Wale had no intention of having this captured on any of the many cameras that were filming him as they danced but it turns out one stubborn and secret camera caught the action anyway.

From the look of things, Shatta Wale was trying to give Nikki some dollars he had in his hands and at that moment the best place he could have kept it without people noticing was into her bra, which is very close to her oranges.

I guess he was trying to be smart but the camera was smarter than him on this occasion.