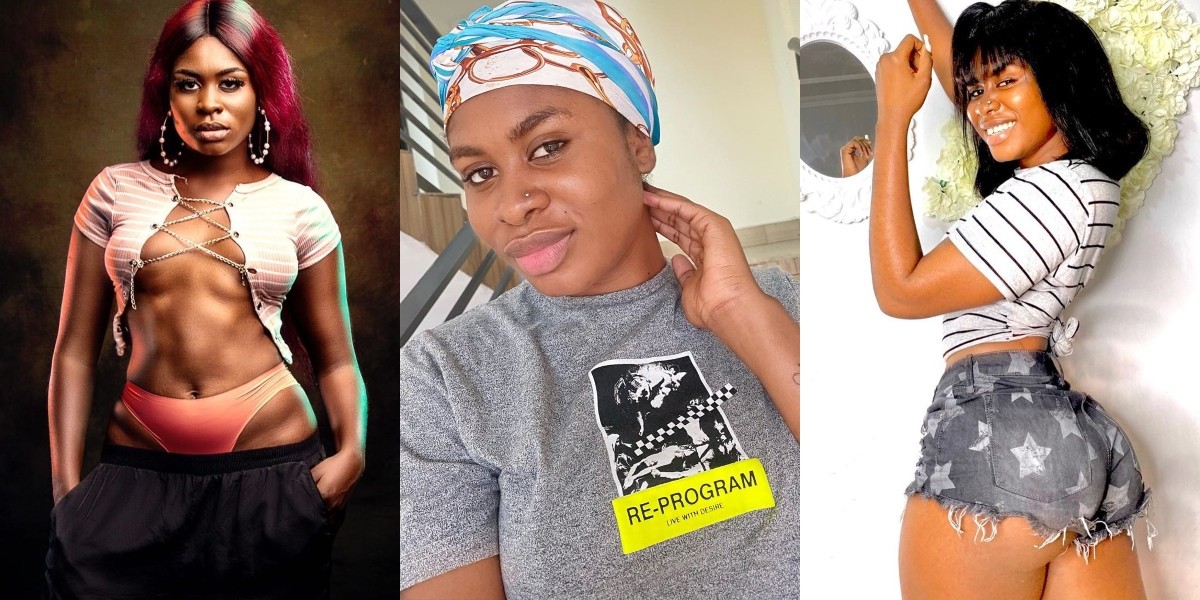 Kumawood actress turned singer, Yaa Jackson, has currently been admitted to the hospital after collapsing late in the night o August 26, 2020.

The 19-year-old entertainer was rushed to the hospital after passing out and it is yet to be known what triggered the incident.

A video sighted by Zionfelix.net showed the Tear Rubber singer lying unconscious in the back seat an Uber-like car.

While frantically trying to figure out what was happening to the star actress, a woman was heard asking for help from the driver of the car.

All that while, she was calling out the name of the entertainer but there was no response coming.

Her wig was seen lying on the floor probably out of the speed with which she was rushed out of the house into the waiting car.

The video is currently trending on social media, however, the cause of her collapse is yet to be known.

The video also showed the actress dressed in just leopard-themed tights and a tube top.