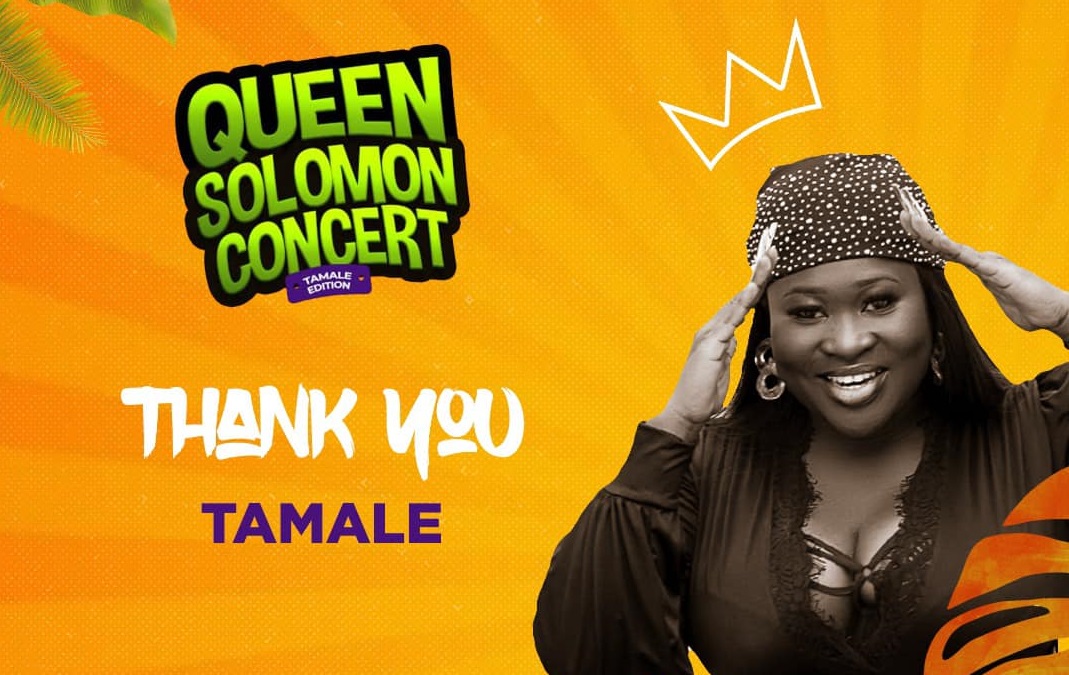 Sista Afia‘s first-ever concert organized in Tamale in the Northern Region of Ghana happened live on Saturday, May 14, 2022, at the Aliu Mahama Sports Stadium.

Popular musicians like Bisa Kdei, S3fa, Mr. Drew, Ras Kuuku, and many others also mounted the stage to entertain patrons of the concert.

Despite the success chalked by Sista Afia with her ‘Queen Solomon’ concert, a section of social media users have been sharing some photos purported to be from the concert and suggested that it was a flopped show because the patronage was low.

Some of the netizens have also blamed the alleged low patronage of the concert because Sista Afia failed to put the two ‘kings’ of Tamale namely Fancy Gadam and Maccasio on the bill.

Amid all the claims about the show flopping, Sista Afia has taken to his social media pages to react.

According to her, they had a few technical challenges, however, the show never flopped as some people are suggesting.

Tamale has showed me love and I’m really grateful to be here, interact with my fan base and get to explore more of their culture.

I’ve seen so many publications about the concert last night but thing is, it was a beautiful event disregard what you seen on blogs. We had a few technical hitches which was beyond my solution and I see people saying it’s because I didn’t put Fancy or Macasio on. That’s such a 1630 mentality and if we want to propel higher as creative arts, sometimes, we don’t have to allow such negative thought stick in.

I was actually informed by my management few minutes before going on stage that Fancy Gadam wants to actually pull a surprise on me. Me and him are cool, same as Macasio management (can’t give more info on our initial agreements).

My love for Arnold Mashud still remains, and even much higher. I’m personally giving him a treat at any spa he wants, himself and family.

The event had a very great anticipation in the past few days and the expectations were higher, so I don’t blame people for not seeing that hype after concert. I couldn’t even perform for 5 minutes on stage but my love for Tamale remains, regardless.

To administrators of the Northern School Of Business (NOBISCO) thank you for recognizing my effort and giving me the ambassadorial position for your 50th anniversary this coming November Being accepted by the two universities in Tamale, specifically Tamale Technical University – TaTU TaTU and University for Development Studies – UDS UDS for collaboration between the creative art industry and the academia, this means a lot to me as a young girl. The reception was great from the administrators, lecturers and students.

Share
Facebook
Twitter
Pinterest
WhatsApp
Previous articleMichy Reacts To Reports Suggesting She Snubbed Bulldog When They Met On UTV
Next articleBusiness Mogul, Nana Kobo Gifts His Wife A 2022 Range Rover Velar Worth Over Ghc430,000 As She Celebrates Her 40th Birthday – Watch Videos
- Advertisement -