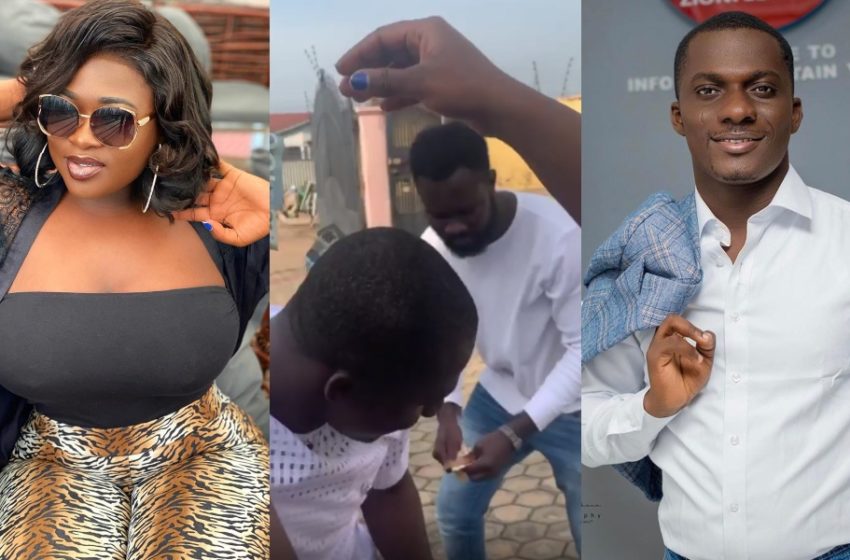 In a video posted on the IG page of Zionfelix, Sista Afia was seen talking to Zionfelix while holding her gifts and shouting “birthday boy”.

She presented the gifts to Zionfelix, wished him well on his new age and apologized for not being present during the celebration in Zionfelix’s house and studio.

Before leaving, Sista Afia also sprayed several GHC 100.00 notes on Zionfelix to show how much she appreciated the celebrity blogger.

But immediately after spraying the cash, a gentleman believed to be the Weather singer’s manager who was with her, took some notes and sped off.

Sista Afia, who was not happy that money meant for Zionfelix was taken by the guy, also run after him till she caught up with him and brought him back. 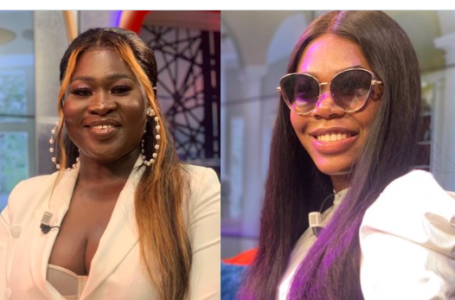 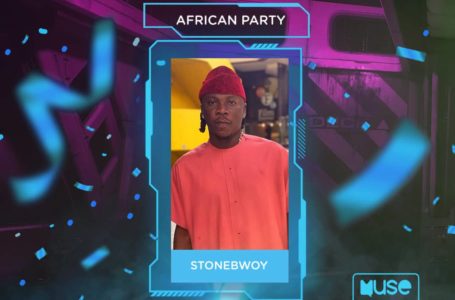