Some Shatta Wale Fans Are Dumb, They Think I Hate Him – Arnold 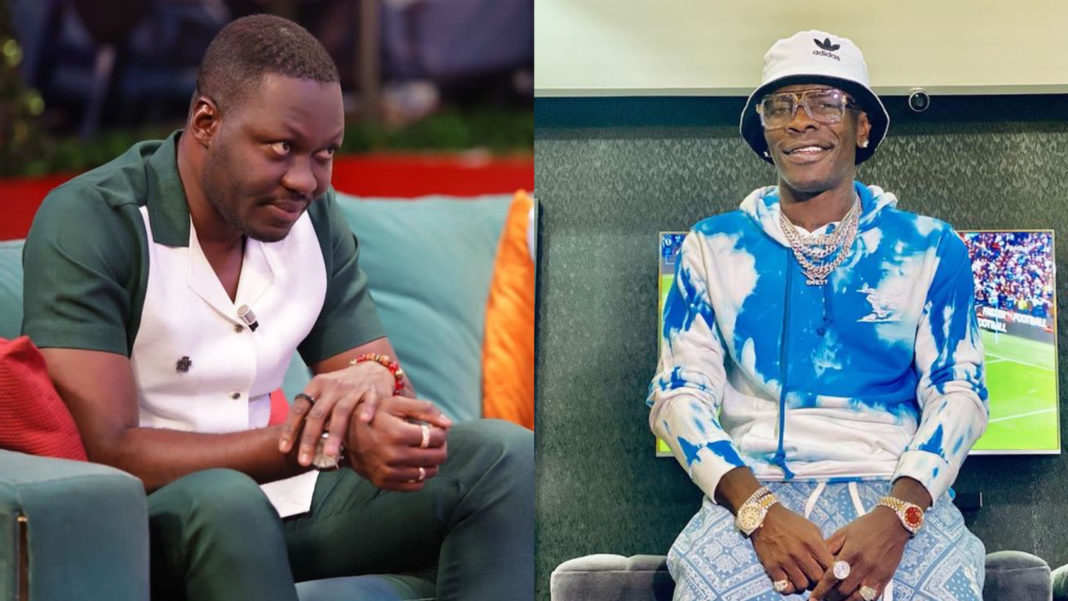 Entertainment pundit and writer, Arnold Asamoah-Baidoo has stated that he does not hate Shatta Wale.

He said he is not at the same level as the musician for him to hate him. Explaining that Wale’s competitors are Wizkid, Davido, Burna Boy and others.

Arnold stressed that he won’t get anything if he hates the Shatta Movement boss.

He added that some fans of the musician are dumb and they think he hates him.

“For them to say that I hate Shatta Wale then they are dumb. Let me send this to Wale and the fans, the relationship we have is for life. I’m a Journalist and a pundit and so far as he continues to produce music, I will write about it.

“When the issues come I say it as it is and I move. I don’t give a damn if you are Shatta Wale or Michael Jackson. They should clear it because until one retires or God calls one, we are in this together,” he stated.

Share
Facebook
Twitter
Pinterest
WhatsApp
Previous articleExclusive: Tracey Boakye Is Finally Getting Married – See Photo Of Invitation
Next articleAkufo-Addo is not getting even half of the abusive language we used on Mahama – Lydia Forson confesses
- Advertisement -